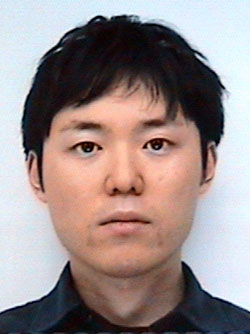 Naohiko Yoshikai was born in Tokyo, Japan in 1978. He received B.S. (2000), M.S. (2002), and Ph.D. (2005) degrees from Department of Chemistry, The University of Tokyo under the guidance of Prof. Eiichi Nakamura. During that time, he was a Young Research Fellow of JSPS (2002-2005) and a visiting student at Stockholm University (w/ Prof. Jan-E. Bäckvall, 2002). After completion of his PhD study, he served as an Assistant Professor at the University of Tokyo since 2005 until 2009 June. In 2009 July, he moved to Nanyang Technological University, Singapore, and has started his research group as Nanyang Assistant Professor and National Research Foundation Research Fellow. He has been awarded Takasago International Corporation Award from Society of Synthetic Organic Chemistry of Japan (2008), Chemistry Innovation UT Global COE Lectureship (2008), and Inoue Research Award for Young Scientists (2007) for his excellence in organometallic catalysis.

Our major research interests focus on mechanism, design, and development of novel homogeneous catalysis that allows efficient and environmentally benign synthetic transformations of simple, unactivated molecules into useful building blocks for electronically and biologically active compounds. The following keywords characterize our research programs: Exploration of novel catalytic activities of ubiquitous and non-toxic metals, activation and functionalization of otherwise unreactive chemical bonds and small molecules, rational design of innovative catalysis through the interplay of theory and experiments.

US2015/005494 A1: Processes For Preparing Indoles (2016)
Abstract: Methods for the synthesis of an indole in provided. Methods comprise oxidizing a N-aryl imine in the presence of a palladium-based catalyst, an oxidant, and a solvent.