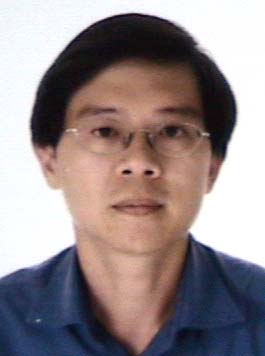 Holden Li graduated in NUS with a Bachelor of Engineering (Honors) in 1997. In 2000 Holden enrolled in Stanford University for his graduate studies under Professor Thomas Kenny. During his PhD studies, Holden was actively involved in MEMS process development in finding suitable packaging solutions to MEMS and BioMEMS devices. Besides, he worked closely with several industrial partners who benefited from the on-going research activities in Kenny’s group at that time. He was awarded his MSc and PhD in Mechanical Engineering in 2001 and 2005 respectively.

Back in Singapore in September 2005, Holden started to lead a research team in MEMS sensors research effort in the area of MEMS R&D and reliability study. He is currently holding a concurrent appointment of MEMS Capability Manager in Temasek Laboratories at NTU. Beyond this, Holden’s passion for research and development in microelectronics and BioMEMS, coupled with his strong academic interest in the area of micro and nanotechnology propelled him to seek for funding opportunity in these areas. He is currently working closely with several senior faculties in the area of microelectronics and MEMS research both in NTU and Temasek Laboratories at NTU.

Holden's research interest is in the area of microelectronics, micro and nano fabrication methods and MEMS reliability study. The area in MEMS reliability is essentially an important aspect that is lacking in the academic world. Some of his latest works include the long term reliability of MEMS sensor under high constant acceleration field and various packaging options. Besides, Holden is actively working in the area of integration of microelectronics with MEMS and system level design.