Our overarching aim is to increase the natural production of insulin to combat type-2 diabetes (T2D). T2D in Singapore, very much like the rest of Asia, is largely characterized by insulin insufficiency that stems from a loss of pancreatic insulin-producing cell (beta-cell) mass and function. It is becoming increasingly clear that the best way to combat diabetic complications is to ensure that the endogenous source of insulin remains robust so as to keep blood glucose levels within a narrow band. Thus far, no artificial system is able to achieve this effectively. Our multi-disciplinary and collaborative approach, which involves material scientists, engineers and surgeons, brings us a step closer to our vision of bringing direct benefit to our patients here. The beta-cell drug target discovery team in my laboratory is focused on determining the molecular underpinnings of beta-cell failure so as to identify new drug targets to mitigate loss of insulin production during T2D. Our cell therapy and transplantation team seeks to deliver superior beta-cell transplant strategies (effective, sustainable, less-invasive and low-risk) that will increase the endogenous insulin provision to a patient, making a patient less-reliant on insulin injections, thereby improving quality of life.

Our key projects for drug target discovery include (i) identifying the precise role of immune cells in pancreatic islets, the latter being the site of where beta-cell reside in. We believe that modulation of islet immune cell function may be a possible therapeutic avenue for preventing loss of insulin secretion; (ii) elucidating the mechanism of saturated fatty acid induced beta-cell stress and toxicity in diabetes. Saturated fatty acids are far more damaging to beta-cells compared to unsaturated fatty acids but the exact reason for this is still nebulous. Understanding molecular changes between the two types of fatty acid may hold the key to preserving beta-cell survival and function in T2D; (iii) determining dynamisms of pancreatic islet vasculature and how it relates to beta-cell function. Islet blood vessels not only carry insulin throughout the body but also provide nutrients and oxygen to beta-cells. Insufficient blood supply will first and foremost trigger hypoxic pathways in beta-cells leading to dysfunction and, if persistent, even death. Measuring its extent in diabetes and thereafter mitigating its’ pathway, including downstream effects on DNA, may hold promise to preventing beta-cell failure and insulin insufficiency in diabetes. 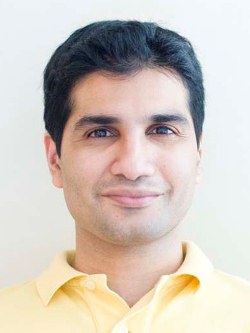