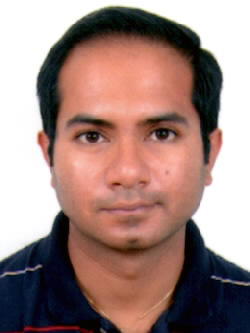 Dr. Ranjan Singh is an Associate Professor at the School of Physical and Mathematical Sciences, Division of Physics and Applied Physics since October 2013. He received his B. S. degree in Telecommunications Engineering from Bangalore University in 2001, his M. S. degree in Optoelectronics and Laser Technology from Cochin University of Science and Technology in 2004, and Ph. D. in Photonics from Oklahoma State University in 2009. Before joining NTU, he was a postdoctoral research associate at the Los Alamos National Laboratory from 2009. He is an elected Fellow of the Optical Society (OSA) since 2019 for his pioneering contributions in the field of terahertz science and technology through the development of active metamaterial platforms for sensing, slow light, and communication applications.

Dr. Singh’s research interests lie at the intersection of electromagnetics, materials, photonics and micro-nanotechnology, with special focus on studying light-matter interaction at the micro-nanoscale. Broadly his research interests are in the areas of nanophotonics, semiconductors, metals, superconductors, plasmonics, metamaterials and nanofabrication. He has been working on design, simulations and fabrication of novel electromagnetic devices including metamaterials, plasmonic resonators and complex oxide transition materials, while simultaneously exploring their applications in information, sensing and energy.
Dr. Singh’s research interests are focused on the development of terahertz, infrared, and optical metamaterial based active and passive plasmonic devices. Metamaterials have been found to possess exotic properties and effects that are beyond the realms of materials that exist in nature. His contributions in the field so far has been in the terahertz region where he demonstrated classical active and passive analogues of electromagnetically induced transparency through near field coupled metamaterial resonators, sensing with metamaterials, chiral metamaterials, ultra-high quality factor Fano resonances, and ultrafast superconductor metamaterials.
Dr. Singh’s recent research focuses on addressing the issue of losses in subwavelength plasmonic metamaterials and investigates new dynamic materials that could be integrated with metamaterial resonators to achieve the active control of the photonic devices with exotic properties.