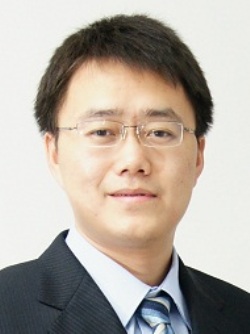 Dr. WANG Qijie received the B.E. degree in electrical engineering from the University of Science and Technology of China (USTC), Hefei China, in 2001 graduating one year in advance; and the Ph.D degree in electrical and electronic engineering from Nanyang Technological University, Singapore, in 2005, with NTU and Singapore Millennium Foundation (SMF) scholarship. After completing his Ph.D, he obtained the 2005 SMF postdoctoral fellowship working in NTU. Then he joined School of Engineering and Applied Science, Harvard University, as a postdoctoral researcher in Jan. 2007. In October 2009, he was appointed as a joint Nanyang Assistant Professor at the School of Electrical and Electronic Engineering (EEE) and the School of Physical and Mathematical Sciences (SPMS). Since Sep. 2018, he has been promoted to tenured full professor in school of EEE and SPMS, NTU. He is an OSA (the Optical Society) Fellow.

Dr. Wang has published/co-published more than 180 papers in top international journals (like Nature, Science, Nature Photonics, Nature Nanotechnology, Nature Materials, and Nature Communications) and co-authored more than 10 U.S. patents. He was the recipient of the top prize for the Young Inventor Awards of the SPIE Photonics Europe Innovation Village in 2004; a golden award from the Fifth Young Inventor’s Awards in 2005 organized by HP and Wall Street Journal; and the co-recipient of the IES (Institution of Engineers Singapore) Prestigious Engineering Achievement Team Award of Singapore Twice in 2005 and 2017, respectively, 30th World Culture Special Recognition Award 2013, the prestigious Singapore Young Scientist Award 2014, and Nanyang Research Award 2015 (Young Investigator).

My current research interests are to explore theoretically and experimentally nano-structured semiconductors, and nanophotonic devices (nanoplasmonics, photonic crystals and metamaterials) with an emphasis on all aspects of the problem: from design, fabrication, characterization, to integration at system level.

In particular, I am going to investigate the fundamental properties (optical and electrical) of semiconductor (quantum cascade lasers) and nanophotonic devices (such as 2D material based optoelectronic devices) in the infrared frequency regimes (including near-IR (~1.5um), mid-IR (~3-30 um) and Terahertz (~60-300 um)) to improve their performance. Exploration of their broad potential applications is also one of the key focuses.

We are always looking for strongly motivated both postdoc and Ph.D researchers dedicated to the cutting edge research in semiconductor lasers, 2D material optoelectronics, nanotechnology, and nano-optics/photonics. Interested candidates please send your CV to qjwang@ntu.edu.sg. Shortlisted candidates will be contacted.

Currently we have several postdoc positions available on the development of high performance mid-infrared and Terahertz lasers and photodetectors, and 2D material optoelectronics.