Meng How Tan has been with the School of Chemical and Biomedical Engineering since 2014 and also has a joint appointment with the Genome Institute of Singapore (GIS), A*STAR. He studied Mechanical Engineering and Economics at the University of California – Berkeley from 1998 to 2001 as well as Aeronautics at California Institute of Technology (Caltech) from 2001 to 2002 on a Singapore Government Overseas Merit Scholarship. He was also awarded the Donald Wills Douglas Fellowship at Caltech. Subsequently, he studied Biomedical Engineering at NTU from 2003 to 2004 and was awarded the Siemens Book Prize and the Professional Engineers Board Gold Medal before embarking on his doctoral studies with Harley McAdams and Lucy Shapiro from 2004 to 2009 at Stanford University, where he received his Ph.D. in Developmental Biology. His doctoral studies was funded by a National Science Scholarship from A*STAR. He continued on at Stanford for his postdoctoral training, first with Mylene Yao and Wing Hung Wong (2009-2010) and then with Jin Billy Li (2011-2013). Now, he is excited to be a faculty member in NTU, working with and training future generations of scientists and engineers. 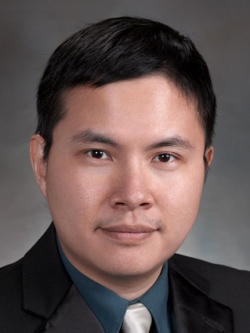 Meng How’s overall research interests are in systems biology and genomics. He leverages on cutting edge technologies, high throughput approaches, and engineering principles to investigate regulatory networks in biology. He studies both prokaryotes (e.g. bacteria) and eukaryotes (including human) and is interested in both transcriptional and post-transcriptional networks.