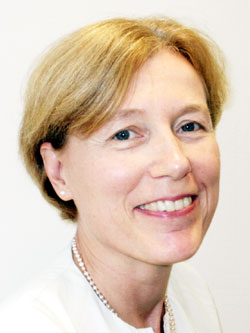 Vibeke Sorensen is a professor and artist working in digital multimedia and computer animation, interactive architectural installation, and visual-music performance. Her work in experimental new media spans three decades and has been published and exhibited worldwide, including in books, galleries, museums, conferences, performances, film festivals, on cable and broadcast television, and on the internet. She has a long history of collaboration with scientists in developing new technologies, including at the San Diego Supercomputer Center, the California Institute of Technology, the University of Southern California (USC), and Princeton University. She has been a consultant for Disney and the Jet Propulsion Laboratory/NASA , and her research has been supported by the US National Science Foundation, the USC Annenberg Center for Communication and Zumberge Fund for Innovation in Research, as well as Intel Corporation. She is a 2001 Rockefeller Foundation Fellow in Film/Video/Multimedia, and the 2005 Knight Distinguished Visiting Lecturer at the University of Manitoba, Winnipeg, Canada. From 1984-1994, she was Founding Director of the Computer Animation Laboratory (CAL) in the School of Film/Video at the California Institute of the Arts, and from 1994-2005 she was Professor and Founding Chair of the Division of Animation and Digital Arts (DADA) in the School of Cinematic Arts at the University of Southern California. In 2007, she was Chair of the ACM SIGGRAPH Art Gallery: Global Eyes, and from 2007 - 2009, she was Professor and Chair of the Department of Media Study (DMS) at the University at Buffalo, the State University of New York. From August 2009 through July 2019, she served as Professor and Chair of the School of Art, Design and Media (ADM) at Nanyang Technological University in Singapore. Since August 2019, she is Professor in the School of Art, Design and Media where she researches digital media, visual music, ethnography, and bio-art/design. For more information please see http://vibeke.info

Author of articles and chapters on digital art and new media.