Professor Tjin Swee Chuan was appointed Associate Provost (Graduate Education) effective 1 Jan 2018. He was re-designated as Associate Provost (Graduate Education and Lifelong Learning) effective 1 January 2019. He is a Professor of Optics and Photonics in the School of Electrical and Electronic Engineering. He is also concurrently the Co-Director of The Photonics Institute (TPI), and was appointed the Founding Chair of the National Research Foundation (NRF) funded, LUX Photonics Consortium, which is a national consortium involving about 50 companies and more than 50 faculty members from NTU and NUS.

He joined NTU in 1991 as a Lecturer in the School of EEE. He was appointed as Coordinator of the Photonics Research Group in 2000 and became the Founding Director of the Photonics Research Centre from 2003 to 2008. He was concurrently appointed as the Co-Director of the Singapore-University of Washington Alliance in Bioengineering Programme (SUWA) from 2004 to 2007, managing a S$26M research funding from the Biomedical Research Council under the Agency for Science Technology and Research (A*STAR). From 2004 to 2009, he was appointed as one of the Co-Directors of the Thales@NTU Joint Research Laboratory, which is the first satellite laboratory with a University that Thales Research & Technology (TRT) formed outside of Europe. This Joint Lab evolved with the inclusion of the Centre National de la Recherche Scientifique (National Center for Scientific Research) or CNRS for short, into the CNRS-International-NTU-Thales Research Alliance (CINTRA) with an MOU signed on 7 Oct 2009. Professor Tjin was appointed as the Deputy Director of the Lab. From 2005 to 2008, Professor Tjin was appointed as the Assistant Director of Research, assisting the Director of Research to manage research proposals. He was appointed as Director, Research Support Office from 1 Sep 2008 to 31 March 2010. He was Director (Projects) in the President’s Office from 2011 to 2017, the Associate Chair (Research) for the School of Electrical and Electronic Engineering from 1 July 2014 to 30 June 2017, and the Executive Director for the Office of Research & Technology in Defence and Security from 1 April 2015 to 31 March 2018.

Professor Tjin’s research interests are in fibre optic sensors, biomedical engineering and biophotonics. Over the years, he has published more than 300 refereed journal papers and conference papers, and has filed 40 patents in fibre optic sensors, biomedical engineering and biophotonics. To date, he has received more than $28M external research grants as principle investigator, and in Dec 2000, he pioneered a start-up company that manufactures fibre optic sensors which provides sensing solutions for civil and geotechnical applications. More recently, he started another company with a colleague using the fibre optic technology for monitoring contaminants in water, that he had developed in his lab. Professor Tjin is also recognized by his peers for his effective communication skills and was awarded the College of Engineering Teaching Excellence Award and EEE Teaching Excellence Award in 2005 and 2012 respectively. 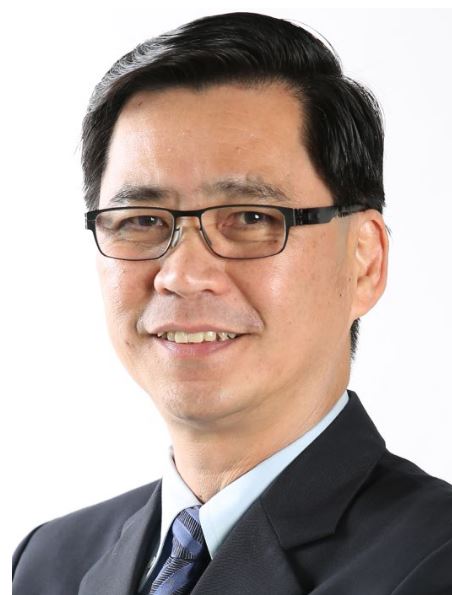