Mile Gu is a New Zealand citizen who completely his undergraduate at the University of Auckland with a triple major in mathematics, physics and computer since. His interest in the cross-disciplinary research in these areas propelled him to do a PhD in the field of quantum computation, graduating from the University of Queensland in 2009.

After a 4 year research fellowship at the centre for quantum technologies in Singapore, Gu was joined Tsinghua University as tenure-track faculty under the Chinese 1000 talent program. In 2016, he moved to the Nanyang Technological University as a National Research Foundation Fellow to establish the Quantum and Complexity Science Initiative – aimed at pioneering new direction of research that interface quantum information and complexity.

During his research career Gu has established a string of novel connections between scientific concepts that were previously unrelated. Notable contributions include a proof – using the methods of theoretical computer science – that not all properties of a macroscopic system can be determined from microscopic laws (see Nature 459, 332-334) and demonstrate that quantum mechanics may change what systems are consider complex (Nat. Comm 3,76). In addition, Gu jointly demonstrated that the simplest solution to a computational problem can be thought as free fall in some curved space, and discovered that different quantum phases may have different computational power. 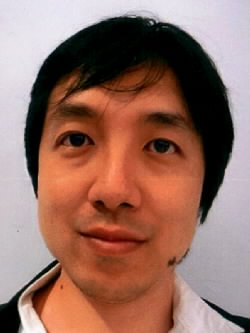 One of the most remarkable facts about the universe is that it can be simulated on a computer. No matter what systems we study, whether it is the dynamics of planets or that of fluids, the rise of fall of tides or stock markets, they all can be simulated by a computer. This fact fascinates me.

After all, a computer is typically built out of silicon; it runs via the electro-magnetic force. What a priori reason would it allow us to understand the motion of planets governed by gravity, fundamental particles govern by the strong and weak force? This universality is, when you think about, rather remarkable. Somehow, everything we know around us, can be reduced to the processing of information.

My research interests are motivated by this remarkable observation. Can we find interdisciplinary laws that span multiple disciplines through the understanding of how nature fundamentally processes information? Some current directions:

On outset, Quantum and complexity science appears to be very different. The former details with objects at the atomic scale – atoms, electrons and photons. The latter, on the other hand, is typically associated with macroscopic systems is many interacting components – the weather, traffic, stock markets.

Yet the two science, in fact, an intimately linked; both are bring transformed by the study of information. In quantum science, new information theoretic techniques have allowed the `second quantum revolution’; heralding exciting new quantum technologies such as quantum cryptography and quantum computation. Meanwhile, in complexity science, researchers’ new ways of understanding just how massive systems interact with each other by seeing how they transform and process bits of data.

My interest is to unite these two fields – by forging new connections. Can quantum computation lead to new ways of understanding complex systems? Can the use of methods of complexity science help us understand how quantum computer’s get their power and bring forth new quantum technologies?

What are the resources behind Quantum Advantage? Quantum computers are heralded to do many things that classical computers cannot, but what resource powers this advantage? For a long time, people thought that the main culprit is quantum entanglement – the unique quantum phenomena where the realities of two spatially separated particles are closely linked. Yet we now see that this may not be the full story. DQC1, for example, seems to allow us to compute the normalized trace of an exponentially large matrix in efficient time – and yet contain negligible entanglement. Meanwhile quantum illumination allows the better detection of faint particles far away in regimes so noisy that entanglement cannot survive. What other resources are associated with improved quantum advantage? We are interested in this question both for practical and foundational concerns. On the one hand, it can lead to noise resilient quantum technologies; on the other it may tell us fundamentally what is quantum.