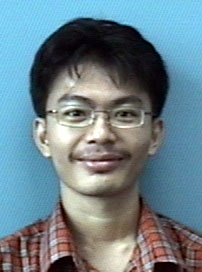 One of my scientific interests pertains to the Casimir effect, which is an effect originally proposed by Hendrik B. G. Casimir in 1948 for a system containing two parallel, perfectly conducting but electrically neutral plates, bathed in a sea of electromagnetic waves. Owing to Dirichlet boundary conditions imposed by the plates, the zero-point fluctuation modes of the electromagnetic field confined between the plates have to be standing waves whose wavelengths are constrained by the separation distance between the plates. On the other hand, the zero-point modes of the electromagnetic field to the exterior of the plates occur in a vastly larger vacuum, so their wavelengths are not “discretized”; correspondingly, there are more such unconfined fluctuating modes than there are confined ones. Thus, there is a “Casimir pressure” which pushes the two plates towards each other, arising as an “osmotic” pressure due to the imbalance of the confined and unconfined modes. The reality of the Casimir pressure has been confirmed by modern precision experiments. For small interseparation distances the Casimir force is also known as the van der Waals force, and for finite temperatures it is more generally known as the Casimir-Lifshitz force. The Casimir effect has practical consequences, accounting for the ability of geckos to stick to walls and leading to stiction and non-contact friction in micro- and nanoelectromechanical systems (MEMS and NEMS). One of my objectives in Casimir physics research is to achieve a better understanding of the following theoretical issues: (i) the ways in which Casimir friction/stiction emerges, and (ii) how these can be controlled.

The Casimir effect arises from the confinement of fluctuating electromagnetic fields. More pervasively, analogous effects can occur with other types of fluctuating fields that are confined between boundary surfaces, leading to fluctuation-induced forces. For example, for two parallel plates bathed in a solvent of uniaxially aligned nematic liquid crystals, the plates can experience an attractive pressure due to the confinement of the Goldstone fluctuations of the nematic director between the plates. It would be fascinating to probe the character of fluctuation-induced forces in various soft matter systems and explore the ways in which such forces can lead to practical advances, such as soft colloidal self-assembly methods relying on phase-ordering properties as opposed to hard lithographic methods in assembling nanoscale devices. Apart from the physics of Casimir and fluctuation-induced forces, I am also interested in problems related to soft matter systems, including the formulation of multiscale descriptions of liquid crystal systems, modeling the behavior of complex elastomers, and also looking into problems of polyelectrolyte theory.

Besides scientific pursuits, I also enjoy learning languages and new cooking recipes. Some of the languages I particularly enjoy learning (but by no means am an expert in) are Thai, Persian and French, as they are either highly syncretic and/or containing many grammatical exceptions, which reflect the diversity, complexity and richness of the social and experiential world we inhabit.