Dr. Anutosh Chakraborty is an Associate Professor at the School of Mechanical & Aerospace Engineering Since September 2017. He obtained his BSc (Mechanical Engineering) from Bangladesh University of Engineering & Technology (BUET) in 1997. He then obtained his MEng and PhD degrees from the department of Mechanical Engineering, National University of Singapore (NUS), in 2001 and 2005 respectively. Later he worked at the Institute for Materials, Chemistry and Engineering, Kyushu University, Japan as a lecturer for one year. He was awarded the Japan Society for the Promotion of Science (JSPS) postdoctoral fellowship in 2007. He is the PI and Co-PI of several projects funded by A*STAR MND, MCERP, MOE, NTU internal and NRF Competitive Research Program. 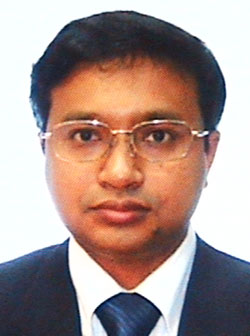