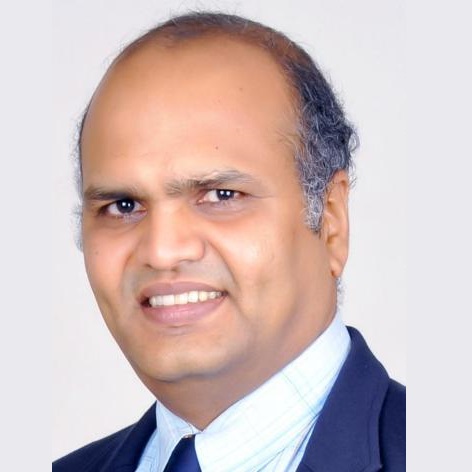 Professor Upadrasta Ramamurty earned a Bachelor of Engineering (Metallurgy) degree from Andhra University, India in 1989 and a Master of Engineering (Metallurgy) degree from Indian Institute of Science, India in 1991 both with Metallurgy specialization, and a Doctorate of Philosophy degree in Engineering, from Brown University, USA in 1994. His post-doctoral work was conducted at University of California-Santa Barbara and Massachusetts Institute of Technology. A highly accomplished researcher, Professor Ramamurty has co-authored more than 250 papers in peer reviewed international journals, that are cited more than 9000 times (with Hirsch index of 46) in both Web of Science and Scopus databases. His research contributions are recognized through a number of awards such as the Lee Hsun Lecture award of the Chinese Academy of Sciences, TWAS Prize (Engineering Sciences), CNR Rao Prize Lecture in Advanced Materials of Materials Research Society of India, J.C. Bose National Fellowship and Swarnajayanthi Fellowships of Government of India, Metallurgist of th Year Award by Indian Institute of Metals, and Scopus Young Scientist Award. He is an elected fellow of the Indian National Science Academy, the Indian National Academy of Engineering, Indian Academy of Sciences, and The World Academy of Sciences (TWAS). He held many distinguished/invited professor/scientist positions world over, some of which are at Institute of Materials Research (IMRE), Singapore, Zhejiang University (Qiushi Distinguished Visiting Professor) China, Université de Lorraine, France (Exceptional Class Professeur invité), Jawharlal Nehru Centre for Advanced Scientific Research, India, Massachusetts Institute of Technology, USA, Swiss Federal Laboratories for Materials Testing and Research (EMPA), Switzerland, Ruhr University Bochum, Germany, Université de Rennes, France, Hahn-Meitner-Institute, Germany, Corporate Strategic Research Centre of ExxonMobil Research and Engineering Company, and The Gordon Laboratory of University of Cambridge, UK. Professor Ramamurty has been an Editor of Acta Materialia and Scripta Materialia since 2014.


Professor Ramamurty's research is focused on solving the fundamental scientific and technological challenges that fall within the materials/mechanics domains and have direct consequences on advanced manufacturing as well as structural integrity and reliability of components. Over a scientific career spanning nearly-three decades, he made major contributions to enhance the understanding of the mechanical behavior of advanced metallic alloys, composites, and molecular crystals. Ramamurty made seminal contributions to the understanding of the plastic deformation and fracture behaviour of BMGs, a new class of structural materials that required completely new thinking as dislocations, whose motion constitutes the unit flow process in crystalline metals, are absent in amorphous alloys. His work in this area is widely cited and he is regularly featured as a plenary or invited speaker in several of the international conferences held on this theme. Another area where Ramamurty has made path-breaking contributions is nanoindentation, a technique which he has gainfully utilized to collaborate extensively with chemists and physicists to show that extraordinary synergy can accrue when multiple reinforcement strategies are employed for nano-composites. He applied the principles of materials science and engineering for pharmaceutical compounds and established crystal structure – mechanical property correlations in organic solids such as aspirin and felodipine, to come up with ‘design rules’ for obtaining organic materials with specific properties, which are highly promising in the context of pharmaceutical manufacturing. The nature of his work is both fundamental as well as applied, and hence was continuously supported by industrial giants like Boeing, General Motors and Rolls Royce.