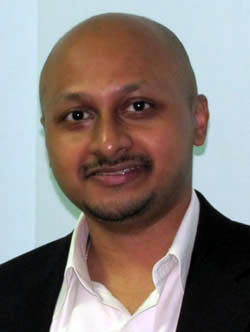 Arindam Basu received the B.Tech and M.Tech degrees in Electronics and Electrical Communication Engineering from the Indian Institute of Technology, Kharagpur in 2005, the M.S. degree in Mathematics and PhD. degree in Electrical Engineering from the Georgia Institute of Technology, Atlanta in 2009 and 2010 respectively. Dr. Basu received the Prime Minister of India Gold Medal in 2005 from I.I.T Kharagpur (awarded to the top student). In the summer of 2008, he worked at Texas Instruments, Dallas and developed automatic tuning strategies for LNAs designed in 45nm and 65nm. He joined Nanyang Technological University as an Assistant professor in June 2010.