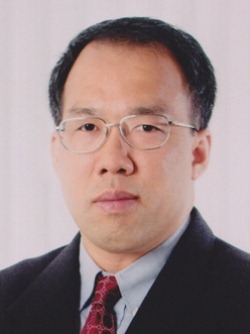 Dr. Sie Ting LAU is currently an Associate Professor of Banking and Finance at the Nanyang Business School at Nanyang Technological University in Singapore. Sie Ting joined NTU in June 1992 and received tenure in April 1998. He received his PhD in Finance in May 1992 from the University of Texas at Arlington.

Sie Ting’s research interests include international stock exchange listing, market microstructure of securities markets, international mutual funds and home bias, and international financial markets. Much of his earlier research focused on the Stock Exchange of Singapore, and he has since become one of the most prolific finance researchers of Singapore Exchange data. His research has been published in reputable finance journals, including the Journal of Finance, Journal of Financial Economics, Journal of Banking and Finance, Journal of International Money and Finance, and Journal of Financial Research—and in other fields’ journals, including Management Science, Contemporary Accounting Research, and Journal of International Business Studies. In 2003, he was awarded the Researcher of the Division in the Nanyang Business School for Research Excellence. As of 2015, based on Google Scholar, his work has been cited more than 1,000 times. Sie Ting is also an ad-hoc referee to more than 10 finance journals and an associate editor of the Singapore Economic Review.

Sie Ting has been a leading force in university service and institution-building since joining NTU in 1992. Even before his tenure, he was already involved in running research centers, including the Innovation Centre, the Entrepreneurial Development Centre, and the Centre for Research in Financial Services. He was also program director for the Master of Business, PhD coordinator (Banking and Finance), and a member of the school’s 21st Century Vision Team. In 2005, he was asked to head the banking and finance division, and he took up the opportunity to build the research capability of the group, emphasizing quality publications. As a result, based on publications in the top three finance journals, the research ranking of the banking and finance division improved from No. 137 (2005 to 2007) in the world to No. 40 (2008 to 2010). The recent long-term ranking is No. 45 (2008 to 2021). Sie Ting stepped down from his role as division head in July 2010 and resumed the position from July 2014 to June 2021.

In teaching, Sie Ting has taught over 10 different finance courses at the undergraduate, MBA, and PhD levels, and has experience teaching executives and finance practitioners. He is the recipient of the 2021 Teacher of the Year Award for the MSc (Finance) programme. He is also a nominee of the NBS Business Teacher of the Year Award in 2018 and 2019. Sie Ting also has several years of teaching experience in U.S. universities—as a visiting professor of finance at the University of Memphis and as a graduate teaching associate at the University of Texas at Arlington. He has also supervised and graduated five PhD students.