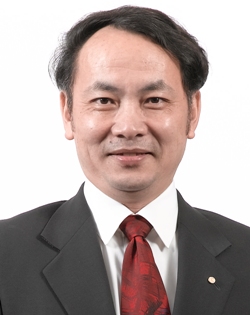 Prof Zhou Xing has been with the School of Electrical and Electronic Engineering since he joined NTU in 1992. He obtained his BEng degree in electrical engineering from Tsinghua University in 1983, MS and PhD degrees in electrical engineering from the University of Rochester in 1987 and 1990, respectively. His past research interests include Monte Carlo simulation of photocarrier transport and ultrafast phenomena as well as mixed-mode circuit simulation and CAD tool development. His recent research focuses on nanoscale CMOS compact model development. His research group has been developing a unified core model for nanoscale bulk, SOI, double-gate, nanowire CMOS, as well as III-V HEMTs. He has given more than 140 IEEE EDS distinguished lectures and invited talks at various universities as well as industry and research institutions. He is the founding chair for the Workshop on Compact Modeling (WCM) in association with the NSTI Nanotechnology Conference since 2002. Dr. Zhou was an editor for the IEEE Electron Device Letters during 2007–2016, a guest Editor-in-Chief for the special issue of the IEEE Transactions on Electron Devices (Feb. 2014) on compact modeling of emerging devices, and a member of the Modeling & Simulation subcommittee for IEDM (2016, 2017). He has been an EDS distinguished lecturer since 2000.