Dr. Gumert received his BS in environmental science from East Stroudsburg University, USA in 1997. In 2001, he received an MS in animal behavior from Bucknell University, USA. In 2006, Dr. Gumert was awarded a Ph.D. in biological psychology from the University of Georgia in Athens, USA. By training, Dr. Gumert is a primatologist and his research focuses on the behavior and biology of non-human primates. After receiving his Ph.D., he worked as a postdoctoral fellow in neuroscience at Hiram College, USA. Dr. Gumert holds memberships in several societies, including the Animal Behaviour Society, American Society of Primatologists, International Society of Primatologists, and the Primate Society of Japan. He is also on the Board of Directors for the Jane Goodall Institute’s Singaporean branch.

In 2003, he was awarded a Fulbright Graduate Fellowship to conduct research in Central Kalimantan, Indonesia on the social behavior and genetics of long-tailed macaques (Macaca fascicularis). During this time, Dr. Gumert spent 15 months living in Tanjung Puting National Park with a group of wild macaques. Following his dissertational research, Dr. Gumert was awarded the Best Graduate Level Paper at the 28th Annual Psi Chi Convention. In that same year, he was also awarded the American Society of Primatologists Student Travel Grant and the Walter Isaac Memorial Graduate Student Travel Award. In 2006, Dr. Gumert was honored with Herbert Zimmer Research Award from the University of Georgia’s Psychology Department.

Dr. Gumert obtained his first faculty position in the Division of Psychology in NTU’s School of Humanities and Social Sciences in August 2007. Since that time, Dr. Gumert was awarded a Tier 1 grant from the Academic Research Fund Grant under the Ministry of Education in February 2008. This grant is to conduct behavioral and biological research on long-tailed macaques in Singapore, Thailand, and Indonesia. 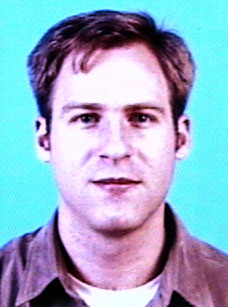 Currently, a long-term research project is being developed out of NTU to study the long-tailed macaques of Singapore and surrounding nations, such as Thailand and Indonesia. Macaques provide us a model for understanding the basis of behavior, and this project will investigate social exchange, aggression, cooperation, communication and movement patterns. In addition, Singapore currently needs a thorough understanding of their macaque population to develop strategies to resolve the human-macaque conflict issues that have become a growing concern throughout SE Asia. With such knowledge, Singapore could develop the model wildlife management program for maintaining a healthy macaque population in close proximity to human settlement.

One major focus of the research program has been investigating cooperation in Indonesian long-tailed macaques. Recently, the research program released a series of studies investigating social exchange in macaques. It was discovered how grooming is used as a trade medium to coordinate cooperative exchange, and how the amount of grooming performed towards a partner was based on the current social market. Male macaques direct grooming to females mainly in a sexual context. During direct exchanges with mating, males groom females longer when competition for females is greater, as measured by supply of females per male. Similar results were found for female-to-mother grooming exchanges for infant handling. Here, the supply of infants per females influenced grooming payment. The foundation of these exchanges may be that grooming establishes a level of tolerance between a pair. This increased tolerance facilitates cooperation. Most likely through physiological and neurobiological alterations, the interface of grooming and the conditions of the surrounding social environment modulate an individual's motivation to cooperate.

On islands in the Andaman Sea, Dr. Gumert and researchers from Chulalongkorn University have begun an investigation on a unique form of stone tool use. Here long-tailed macaques live on small islands and frequently come down to the rocky beaches where oysters are attached to large boulders and crabs, snails, and clams are abundant. To exploit these hard-shelled food sources, the macaques regularly use stone hammers. Research is investigating how this behavior may have emerged, how it is maintained, and how it compares to other forms of animal tool use. Moreover, these macaques use a unique form of axe hammering which may have implications for understanding early hominid tool use.

In Singapore, research is being initiated that will explore social exchange and cooperation, the structure of societies, aggression and formation of power-based coalitions, social communication, grouping and movement patterns, and hormonal and genetic influences on behavior. In collaboration with Nparks, an investigation will be carried out on the urbanized monkeys of Bukit Timah, and Upper and Lower Pierce Reservoirs. In order to compare the behavior of Singapore's urbanized macaque population, a research project is also currently being put together to continue investigations in Indonesia. In collaboration with Universitas Indonesia and the Orangutan Foundation UK, researchers will investigate a much less disturbed population of monkeys in Tanjung Puting National Park, in Central Kalimantan, that live in their typical river edge environments. By comparing rural populations in Indonesia with the urban populations of Singapore, we can learn how urbanization has changed the behavioral patterns of Singaporean macaques.