Since attaining his Ph.D. from the University of Waterloo, Canada in 2007,
Asst Prof Adams Kong has gone on to publish 12 journal and over 20 conference papers. He has developed three patents, of which, one has been approved while two others have been filed.

During his course of study, he has also gone to win the Scholastic Award from the Hong Kong Baptist University - an award presented only to the top student in his department. As a finalist of the 4th Young Inventor Awards 2002-2003, organized by Hewlett Packard and Far Eastern Economic Review, this capable inventor has received resounding media coverage for his “Palm Print Identification Algorithms for Real-Time Personal Identification”.

This palmprint identification system has earned several international and national awards. It has aslo been applied to several real applications, including the control of access to a laboratory and a hotel. He has recently been listed as one of the “Who’s Who” in the World. 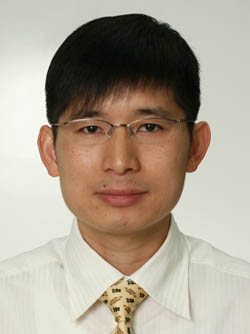