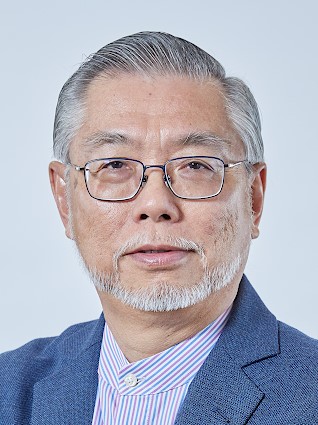 NG WUN JERN interacts with the industry as an advisor in water and effluent treatment, and waterbody and soil remediation - and has brought numerous IPs to full-scale applications. Commercialized IPs include biosystems [eg aerobic aeSBR, anaerobic anSBR, anaerobic filter Anfil and APBF, and hybrid anaerobic reactor Hybridan], materials [e.g. enzymes, phytohormones, and microbial cultures] and equipment [eg recirculating aerator and electrochemical system]. His designs have been applied to some 140 full-scale installations in ASEAN, China, India, Sri Lanka, and Taiwan. He had founded “spin-off” companies, was chairman on the board of directors at MWH (Montgomery, Watson & Harza) Consultants, is presently technical advisor on environmental engineering and wastes to energy to three public-listed companies, and had served on the Singapore national water reclamation expert panel. He is a chartered and licensed professional engineer.

He had taught environmental engineering and science and has guided numerous postdoctoral fellows, and PhD candidates. He was a founding member of the Singapore Engineering Accreditation Board and contributed to Singapore's first Accreditation Manual for university engineering education.

He was Vice-Dean at the Faculty of Engineering, National University of Singapore and then Dean until 2003. In 2004 the Faculty was ranked 9th in a world ranking exercise conducted by Times London. From 2003 - 2004, he was founding Director of the Environmental Science & Engineering Program. In 2005 he was Singapore director of the Singapore-MIT Alliance serving the alliance universities - National University of Singapore, Nanyang Technological University, and Massachusetts Institute of Technology till 2006. Thereafter he was Director - Capability Development at the Environment & Water Industry Development Council, Ministry of the Environment & Water Resources working on national funding for R&D and manpower development. In 2007 he joined NTU and became founding Executive Director at the Nanyang Environment & Water Research Institute (NEWRI) till 2017. The NEWRI ecosystem had then operated with eight units covering education, research (the units are Centres of Excellence), engineering development and technology de-risking, and interfaces with industry and community for applications and commercialization.

NG WUN JERN's research interests are largely in the area of water, wastewater, and sludge and agri-wastes management, with recovery of useful materials and energy. The focus of his efforts has been on investigations into water quality, treatment science, and development of treatment technologies and systems. These investigations span the water quality spectrum - ranging from ultra-pure water to high strength and inhibitory wastewaters, and organic sludges to agri-wastes management for recovery of soil fertility and crop yields.

The interest in bioreductive (instead of bio-oxidative) processes stems from concern over energy costs and carbon footprints of treatment processes. Anaerobic processes are therefore of interest when used to manage strong wastewaters and slurries from industrial and agro-industrial sources. R&D interest is on hydrolysis, staged and phased anaerobic processes, process stability and kinetics, gas productivities and quality, and recovery of resources. Conceptually there is a shift from viewing the anaerobic process as a wastewater pretreatment device to one which is intended to recover resources.

Extending this interest is the work on biosorption where sorption is used to concentrate carbonaceous material from low strength wastewaters prior to anaerobic degradation of the sorbent with gas recovery. This approach deviates from the conventional approach of using anaerobic processes such as the UASB or anaerobic filter to address low strength wastewaters. Laboratory studies typically use the cyclic process configuration although larger scale studies can be with the cyclic or continuous flow configuration.

In aerobic treatment, there is interest in the MBR applied with granulated biomass. The interest is on biofouling mitigation using this modified biomass morphology. There is also interest in using the MBR and the concept of "back seeding" to achieve better nutrients removal and degradation of resistant organics (eg textile dyes). Aerobic processes are also used to produce enzymes, phytohormones, and beneficial microbial consortia from horti-and agri-wastes.

NG now leads his own research group, the Environmental Bio-innovations Group (EBiG), which as its name would suggest has focus on solutions which can be applied on the issues faced in the region. While not limited to bioprocesses, there are more numerous such solutions with intention to achieving more sustainable and circular approaches.