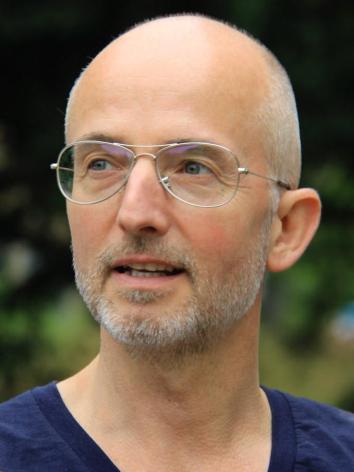 Christoph Hahnheiser is the CEO and founder of Black Forest Films, a production company for high-quality commercial features. He has produced more than 30 feature films so far.

His work is characterised by award-winning international productions starring actors like Daniel Craig, Tom Hardy, Tilda Swinton, Ralph Fiennes, Mira Sorvino, Benoit Magimel, Michelle Piccoli and Julie Delpy among others. Many of his films have participated in the Official Selection of highly regarded international Film Festivals like Cannes (7), Venice (5), Sundance and Toronto.

Since he has started his career as a producer with two films by Peter Greenaway he has worked with amazing talent producing a wide range of quite different films, genres and budgets ranging from experimental films like “Baby of Macon” by Peter Greenaway (Official Selection Cannes Film Festival) to documentaries like “Poussières d'Amour” by Werner Schroeter (Locarno Film Festival, German Critics Award), the German Box Office Hit “Russian Disco” which was among the ten most successful German films in 2012, to acclaimed Arthouse productions “The Man from London” by Bela Tarr (Official Selection Cannes Film Festival “Competition”) or “Persécution” directed by Patrice Chéreau (Official Selection Venice Film Festival “Competition”).

He has produced films within a budget range of 150.000 Euros for “En La Cama” by Matias Bize (Chilean contender for the Oscars “best Foreign Language film”, nomination for 2 Goya Awards) over 6 Mio Euros for the German drama comedy “Russian Disco” in 2012 up to the 20 Million Euro German-French coproduction “Sky Fighters” by Gérard Pirès, which was a big hit at the French box.

Christoph Hahnheiser is currently developing and producing two feature films with the Academy Award nominated and BAFTA winning writer/producer Anthony McCarten (Theory of Everything, Darkest Hour, Bohemian Rhapsody), which are “National Anthem” and “In the Absence of Heroes”, both based on novels written by McCarten.

Furthermore he is developing and producing among others the Greek Police Action Drama “DIAS: the Javelin Squad” written and directed by Jonathan English with Emilie Georges (Call me by your Name) and Memento Films International, a film set in Athens and based on true facts on the background of the crisis. And the Peruvian production “Teo” written and directed by Victor Manuel Checa and coproduced with Bertha Navarro (Pan´s Labyrinth).

His work is based on his extensive experience and respected reputation among business-associates from financiers to distributors and a stable growth-oriented concept involving access to financial resources and renowned creative minds worldwide.

Following my lecture in March at the NTU I have discussed these theses with colleagues and executives of different institutions and Universities and received a strong interest in this topic. How do financial systems for film financing effect the work and the product, and how is the influence of political institutions on creativity and independency?
The term ‘independent producer’ is in many ways  a misnomer. A more accurate description might be ‘dependent producer’ because so many factors involved in a film’s financing, production and distribution are out of the producer’s control.
Independent cinema is known for strong auteurs, for individuals that experiment and take chances. But films are an expensive art form and dependent on external financiers like public subsidies, investors and other financing partners each with their own agenda. What is the impact on the work and on its independency and how is the independent film changing in a fast-changing global market?
This research identifies a new, additional facet of the economic benefits that extends beyond the normal multiplier impacts. We term this the ‘Creative Industries Ripple Effect’ – that identifies the additional economic value derived from analysing production expenditure according to the industry into which the money is spent. We call these horizontal impacts.
The knowledge I can provide is a mixture of extensive professional experience but also intuition and sensitive communication, which would strongly influence my teaching. Knowledge is one thing but the ability to listen and understand is the key to a successful career and to find a unique voice, which can stand out in a global world. The transfer of knowledge as well as discussing and encouraging the search for identity, unique story telling and intuition will play an important role in my research but also to envision the fast global changes from the start.