I am an historian of Chinese Medicine and Religion, with a focus first in the early Imperial period, and secondly in contemporary Taiwan, China and Han diasporic communities.

My PhD is in history from University College London, where I studied at the Wellcome Trust Centre for the History of Medicine. I have an MA in East Asian Languages and Cultures from Indiana University, Bloomington, where I studied Daoism and Chinese religions. My BAHons in Philosophy and English Literature is from the University of East Anglia, in Norwich, UK and my clinical diploma in Chinese medicine is from Ruseto College, Boulder, Colorado. I also received a DiplAC from the National Council of Colleges of Acupuncture and Oriental Medicine. I have held research positions at the Max Planck Institute for the History of Science, Berlin; Academia Sinica, Taipei; the Needham Research Institute, Cambridge; and the Asian Studies Centre at the University of Pittsburgh.

I am project lead on a Digital Humanities project titled Materia Medica in early Imperial China. This data-mines the Buddhist, Daoist and medical corpora for data concerning materia medica. This project combines text-marking, statistical analysis, network visualisation and GIS mapping to provide entirely new levels of analysis of pre-modern text corpora, showing the distribution of drug terms across time, space, and textual genre. Initially funded by the Max Planck Institute for the History of Science, it is a collaborative venture with National Taiwan University and Fu-jen University, Taipei. The primary toolsets are DocuSky and MARKUS. DocuSky was developed around the requirements for managing the dataset at the core of this project, and has become now a major international resource for Digital Sinology.
The initial release of the Six Dynasties corpus is described here:
http://doi.airiti.com/LandingPage/NTURCDH/10.6681/NTURCDH.DB_DocuSkyDaoBudMed6D/Text

A sample markup of the earliest three layers of the Chinese materia medica tradition can be found here:
http://doi.airiti.com/LandingPage/NTURCDH/10.6681/NTURCDH.DB_DocuSkyBencaojing/Text

You can find links to other datasets and blogs and articles about the project here:
https://michaelstanley-baker.com/digital-humanities/

I currently serve as Senior Research Fellow at the Kolleg Forschungsgruppe for Multiple Secularities at the University of Leipzig and as an associate for the China Centre for Health and Humanity at University College London where I contribute to curriculum design and and workshops. I also serve as a Vice-President of the International Association for the Study of Asian Medicine (IASTAM), a multi-disciplinary society including history, anthropology, ethno-botany, ethno-pharmacology, public health, clinical trials, and is the only society of its kind to include practitioners. We publish the journal Asian Medicine, host conferences, and are engaged in collaborative research as well as advocacy to global institutions such as the WHO, the Humboldt Forum, and the WHS. 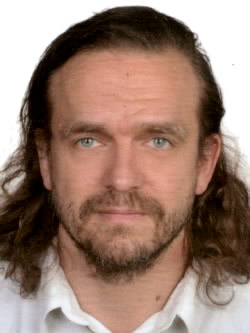