Marco Battiato obtained his MSc in Nuclear Engineering from the Polytechnic University of Milan in 2008 (Summa cum Laude). He then moved to the Uppsala University for his PhD from 2009 to 2013. During the first year of his PhD, he proposed and developed the model of superdiffusive spin transport as one of the mechanisms for the ultrafast demagnetisation. The prediction has been widely confirmed and the work can be seen as the theoretical kickstart of the study of ultrafast spin transport.
He was then a postdoctoral researcher at the Technical University of Vienna untill 2015, when he became a Lise Meitner Fellow. He broadened his research interests towards thermoelectricity and ultrafast thermalisation dynamics in several classes of materials, as for instance topological insulators.
In November 2017 he joined the Nanyang Technological University as a Nanyang Assistant Professor at the Schools of Physical and Mathematical Sciences. 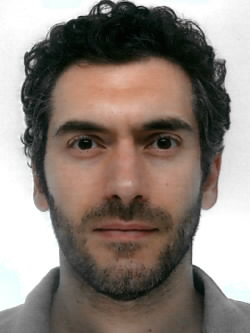 In the past, Marco Battiato developed the model of superdiffusive spin transport as a mechanism of the ultrafast demagnetisation, prediction which was experimentally confirmed. He has worked since then on several topics that stemmed from the discovery of the ultrafast spin transport: 1) ultrafast spin injection, 2) triggering of ultrafast demagnetisation via injection of excited unpolarised carriers, 3) ultrafast increase of the magnetisation, 4) generation of THz emission via injection of ultrashort spin current pulses in high SO coupling materials, and 5) injection of ultrashort spin current pulses from ferromagnetic metals into semiconductors.

Finally one of his main goals is the construction of all the building blocks of ultrafast THz spintronics using the sub-picosecond spin current pulses as vector of information.