Michelle Lim is a writer and curator based in New York and Singapore. She holds a PhD in art history from Princeton University and was a Curatorial Fellow in the Whitney Independent Study Program. She held a Mellon Curatorial postdoc fellowship at the CUNY Graduate Center from 2003-2004 and was a visiting researcher at the Tokyo University of the Arts from 2019-2020.

Michelle has been involved with the art world since the early 2000s. She has worked on research and curatorial projects for institutions such as the Asia Society Museum in New York, the Whitney Museum of American Art, Princeton University Art Museum, Singapore Art Museum and the National Museum of Singapore. Exhibitions she has curated include Clang. A Self Portrait (2004) at the Jendela Gallery in the Esplanade: Theatres on the Bay Singapore, Visions & Illusions: Reconstruction of a City (2004) at the St James Power Station in Singapore, Undercurrents: Experimental Ecosystems in Recent Art (2011) at the Kitchen Gallery in New York and still life (2017) at the Substation, Singapore. She was on the curatorial advisory committee for the 2016 Singapore Biennale.

In Michelle's PhD dissertation, "Navigating Floating Worlds: Curatorial Strategies in Contemporary Chinese Art, 1979 - 2008" (Princeton University, 2013) she examined how curatorial strategies have influenced the production, exhibition and consumption of contemporary Chinese art in the post-Mao era. Her thesis is among the first scholarly works to historicize the production, display and consumption of art from the late 1970s to late 2000s, a period marked by the re-opening of China’s doors, the 1989 Tiananmen Incident and the Beijing Olympic Games in 2008.

Michelle's research interests are varied, from spectacle and audience-related issues to socially-engaged art practices, exhibition histories, sustainable ecologies and performance-based projects. She is a member of the AICA-USA and her writings have been published in museum exhibition catalogues, art journals, artist books and online platforms, by Yale University Press, on Tate Asia Research Centre online, for a Sadler Wells exhibition in London, in Asian Art News and World Sculpture News, among others. She is currently co-editing an anthology on American art from Asia (forthcoming, 2021) and working on a research project about the Setouchi art islands in Japan, supported by grants from the Japan Foundation and Sumitomo Foundation.

Michelle has taught at Cooper Union and the CUNY GC, and guest lectured at Wellesley College, University of Oregon, Maryland Institute of Contemporary Art, LaSalle College of the Arts Singapore and Tokyo Geidai. 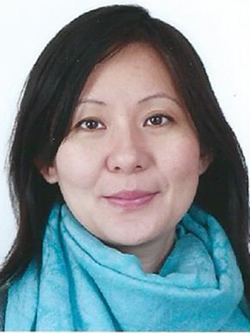