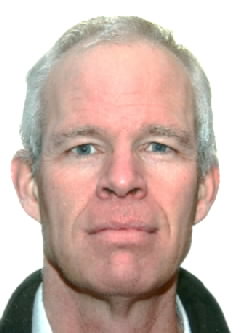 Rich Ling (PhD, University of Colorado in 1984) is the Shaw Foundation Professor of Media Technology, Wee Kim Wee School of Communication and Information, Nanyang Technological University, Singapore. He has focused his work on the social consequences of mobile communication. He was a professor at the IT University of Copenhagen, where he has served in Department management and he works at Telenor near Oslo, Norway. Ling has been the Pohs visiting professor of communication studies (2005) at the University of Michigan in Ann Arbor where he has an adjunct position.
He is the author of the book Taken for grantedness (2012 MIT Press) that was recently the subject of a complementary review in the journal Science. He has also written New Tech, New Ties (2008 MIT), The Mobile Connection (Morgan Kaufmann) and along with Jonathan Donner he has written the book Mobile Phones and Mobile Communication (2009 Polity).
Ling is a founding co-editor of the Sage journal Mobile Media and Communication. He is the co-editor of the Oxford University Press series Studies in Mobile Communication with Gerard Goggin and Leopoldina Fortunati. Along with Scott Campbell he is the founding editor of The Mobile Communication Research Series and he is an associate editor for The Information Society, The Journal of Computer Mediated Communication as well as Information Technology and International Development.
Ling has published numerous articles, held posts at and lectured at universities in Europe and the US and has participated in academic conferences in Europe, Asia, Africa, Australia and in the US. He has been responsible for organizing scholarly meetings and editing both academic journals and proceedings from academic conferences. Ling has received recognition as an outstanding scholar from the International Communications Association (The 2010 CROF Award), Rutgers University, the 2009 Erving Goffman Award from the Media Ecology Association and the Telenor Research Award in 2009. His analysis has appeared in Norwegian newspapers. He has been interviewed on The Discovery Channel, National Public Radio, the CBC and Norwegian TV as well as for periodicals such as the New York Times, The Economist, The Los Angeles Times, Der Speigel, Politikken, Newsweek, Época (Brazil), Wired, The Toronto Globe and Mail, Norwegian publications such as Aftenposten, VG, and Dagbladet and Danish papers including Politikken and Berlingske Tidende.
Rich Ling received his Ph.D. in sociology from the University of Colorado, Boulder in his native US. Upon completion of his doctorate, he taught at the University of Wyoming in Laramie before moving to Norway on a Marshall Foundation grant. Since that time he has worked at the Gruppen for Ressursstudier (The resource study group) and he has been a partner in a consulting firm, Ressurskonsult, which focused on studies of energy, technology and society. For the past 25 years, he has been active in researching issues associated with new information communication technology and society with a particular focus on mobile telephony. He has led projects in Norway and participated in projects at the European level.