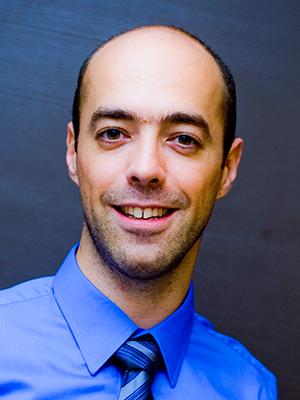 Thomas PEYRIN received his engineer M.S. in 2004 from CPE Lyon and specialized in theoretical computer science at the Ecole Polytechnique in France. He completed in 2008 a doctorate in cryptography at Orange Labs, formerly known as France Telecom, during which he was awarded the Japan Society for the Promotion of Science (JSPS) grant. He previously worked as a Cryptography Expert at Ingenico (the world leader in payment solutions) and as a Research Fellow at the School of Physical and Mathematical Sciences of Nanyang Technological University in Singapore under the Singapore Lee Kuan Yew Postdoctoral Fellowship. He was appointed Nanyang Assistant Professor in 2012 under the Singapore NRF fellowship, and Associate Professor at NTU in 2017.

His favorite research topic is symmetric-key cryptography, in particular hash functions, block ciphers and cryptanalysis. He is also interested in lightweight cryptography, aimed for very constrained environments. Notably, he is one of the designers of LED, GIFT, SKINNY and PHOTON (ISO standard), currently some of the smallest known symmetric-key cryptography primitives. He was involved in the NIST SHA-3 competition as one of the main designers of the candidate ECHO, which has been selected for the second round of the process. He also proposed BPS (NIST and ANSI standard), a format-preserving encryption scheme that helps for example to secure credit card transactions. He is co-designer of Deoxys algorithm for authenticated encryption, who was selected as finalist for the CAESAR competition for authenticated encryption primitives.