Sourav S Bhowmick is a computer scientist and an educator. He leads the Data Management Research Group at NTU (DANTE). He is also the Research Group Lead of Data Management & Analytics Group in SCSE. He was a Visiting Associate Professor from 2007 to 2013 at the Biological Engineering Division, Massachusetts Institute of Technology (MIT), USA. He was a Senior Visiting Professor at Fudan University in 2013. He was inducted into Distinguished Members of the ACM in 2020 for "outstanding scientific contributions to computing".

Sourav has published more than 100 papers in top-tier data management, data mining, multimedia, bioinformatics, and systems biology venues such as ACM SIGMOD, VLDB, ACM WWW, ACM MM, ACM SIGIR, VLDB Journal, Bioinformatics, and Biophysical Journal. The common thread running through his research is a focus on going beyond papers to build usable novel prototypes. He has received Best Paper Awards at ACM CIKM 2004 and ACM BCB 2011 for papers related to evolution mining and biological network summarization, respectively. His work on influence maximization was nominated for the best paper award in SIGMOD 2015. He has co-authored books on “Summarizing Biological Networks” and “Human Interaction with Graphs”, which are published by Springer-Verlag (May 2017) and Morgan & Claypool (August 2018) publishers, respectively. His research is supported by over S$4M in research grant from the Singapore-MIT Alliance and the Ministry of Education (4 Tier 2s, 6 Tier 1s).

Sourav's research has been deployed in the real-world. His XML data management framework for biological data was part of the product of a local startup HeliXense Pte Ltd in 2002. More recently, his data-driven conflicts of interest (COI) detection system called CLOSET is being used by several premium conferences.

Sourav regularly serves as a reviewer for premium data management and data analytics conferences (e.g., SIGMOD, VLDB) and journals (e.g., TODS, VLDB Journal). He has served/serving as a program chair/co-chair of several venues including ACM CIKM 2020, IEEE BigComp 2018, DASFAA 2014. He has also served/serving as Group Leader (area chair) for VLDB 2022, SIGMOD 2021, ICDE 2021, and SIGMOD 2019. He is a member of the steering committee of DASFAA. Sourav has been panelist, tutorial and keynote speaker in several international conferences (including SIGMOD, VLDB). He has also been reviewer of external Ph.D dissertations, national and international grant proposals, and external tenure applications. He is a member of the editorial boards of several international journals (e.g., IEEE TKDE, JASIST, SIGMOD Record). He is a co-recipient of the "VLDB Service Award" in 2018 from the VLDB Endowment for his contribution in designing an efficient PVLDB proceedings management framework. He is also conferred "Distinguished PVLDB2020 Review Board Member Award" in 2020 for "outstanding services to VLDB 2020 and data management community".

Sourav have strong interest and passion for teaching undergraduate and graduate students. He was nominated for the Excellence in Teaching Award in 2020, 2005, 2004, and 2003. He was recipient of Lecturer of the Year Award (2002-2003) for Year 1 undergraduate course. Sourav have been invited twice (2011 and 2013) by the Database Society of Japan to mentor graduate students. 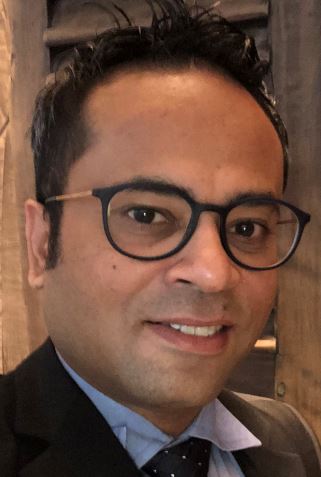