W. J. Fan received the B. Eng degree in applied physics from National University of Defense Technology, Changsha, China, in 1987, the M. S. degree from the Institute of Semiconductors, Chinese Academy of Science, Beijing, China, in 1990, and the Ph. D. degree in electrical engineering from National University of Singapore, in 1997. From 1990 to 1994, he joined the Institute of Semiconductors, Chinese Academy of Science as a Research Assistant. From 1996 to 1999, he joined MBE Technology Pte. Ltd., Singapore as a System Engineer. From 1999 to 2000, he was a Process Engineer at Agilent Technologies, Singapore. From 2000 to 2005, he was an Assistant Professor in Nanyang Technological University. From 2005 to now, he is an Associate Professor in Nanyang Technological University.

He is the Founding Vice President of INTERNATIONAL OPTOFLUIDICS ORGANIZATION since 2016, and the Founding Teaser of Semiconductor Optoelectronics Society since 2017. He was the Founding Director of KdotP Soft Pte Ltd in 2015-2016. He was the scientific committee member, reviewer and optoelectronics session co-chair of Symposium J of ICMAT 2005. He was the Technical Programme Committee Member of Integrated Optoelectronic Devices and Optical Processors of the 43rd European Conference on Optical Communication (ECOC) 2017, Sweden. He served as Chair of Symposium B of the 9th International Conference on Materials for Advanced Technologies, Singapore 2017, and Co-Chair of CLEO-PR, OECC and PGC 2017: Symposium J1 Semiconductor and Integrated Optical Devices. He served as Guest Editor of IEEE JOURNAL OF QUANTUM ELECTRONICS in 2019. 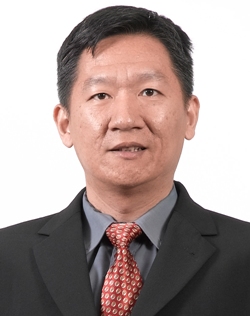 If you are interested in the position, please email me your CV at ewjfan@ntu.edu.sg