Kuangjie Zhang is an Assistant Professor of Marketing at Nanyang Business School. Kuangjie received his PhD in Marketing from INSEAD. He also received a BA degree in Economics and a BSc degree in Psychology (double major) from Peking University in China.

His research interests focus on the impact of marketing mix (e.g., pricing, promotion) on consumer behavior and the domain of hedonic and experiential consumption. He is also interested in topics such as numerical cognition, brand perception, prosocial behavior, and health communication. His research has appeared in leading academic journals in both marketing and psychology, such as Journal of Consumer Research, Journal of Marketing, Journal of Consumer Psychology, Organizational Behavior and Human Decision Processes, and Journal of Experimental Psychology: General. 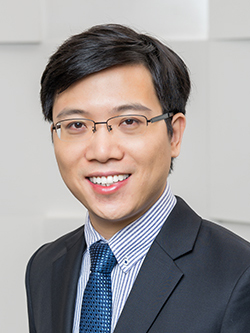