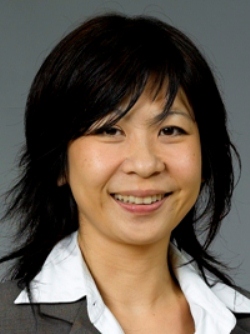 Associate Professor Lum Kit-Wye (LLB (Hons) NUS; LLM (NUS), Advocate & Solicitor of the Supreme Court of Singapore) was in private practice at a local law firm before joining the Nanyang Business School in 1994 where she has taught business law, negotiation and dispute resolution to both the undergraduates and the participants of the Nanyang MBA and the Nanyang Executive MBA.
In 2002, she won NTU’s Teacher of the Year Award for the Nanyang Business School. She also won the Nanyang Business School Award for Teacher of the Division in 2002. In 2012, she won the Nanyang Business School Divisional Teaching Excellence Award. In 2015, she was given the Outstanding Volunteer Award in recognition of her contribution as a volunteer mediator at the Singapore State Courts.
She is the author of Principles of Law for Engineers, a text aimed at laws particularly relevant to engineers, as well as co-author of Contract Law. She was also a contributor to the Halsbury Laws of Singapore (2009). She is a Principal Mediator with the Singapore Mediation Centre, an accredited mediator on the Panel of Mediators with the State Courts Centre for Dispute Resolution, a SIMI Certified Mediator and an IMI Certified Mediator. She researches mainly in the areas of contract law, tort law and dispute resolution.