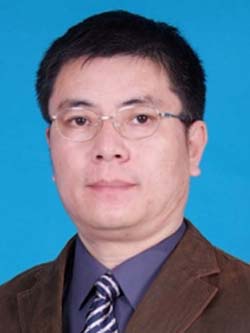 Xie Ming is holding the positions of Associate Professor at Nanyang Technological University, Editor-in-Chief of International Journal of Humanoid Robotics (Indexed by SCI/SCIE), Associate Editor of IEEE Transaction on Autonomous Mental Development, and Director of private companies. He has served as technical consultants to Asia Electronics Pte Ltd in 1994, Port of Singapore Authority in 1994, Delphi Automotive Systems Pte Ltd in 2001, ST Aerospace Ltd in 2006, Murata Electronics Pte Ltd in 2007, and Sony Electronics Pte Ltd in 2007. He has also worked with Renault Automation (Paris/France) in 1986, INRIA Sophia-Antipolis (Nice/France) between 1990 and 1993, and Singapore-MIT Alliance between 2000 and 2004. In addition, Xie Ming has served as the General Chair of International Conference on Climbing and Walking Robots in 2007, and International Conference on Intelligent Robotics and Applications in 2009. Xie Ming obtained his B.Eng in control and automation in 1984. At the same year, he was selected as one of Chinese government’s overseas scholars. Thereafter, he obtained the Master degree in industrial automation from the University of Valenciennes (France) in 1986, and the Ph.D degree in informatics from the University of Rennes (France) in 1989. He has published one best-selling book in robotics in 2003, and over 100 research papers so far. Xie Ming has taught a number of university courses such as Applied Machine Vision, Robotics, Computer Graphics, Statistical Process Control, and Physics. Xie Ming’s research strengths are in machine intelligence, humanoid robotics and autonomous vehicles. In total, he has won two scientific competition awards, and two best conference paper awards.