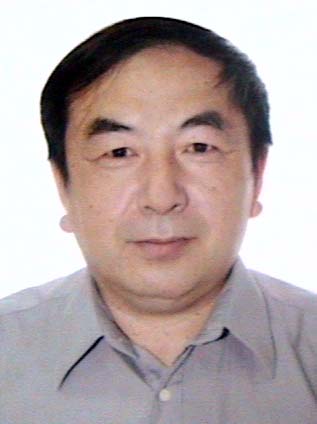 Associate Professor Li Tianhu has joined the School of Physical & Mathematical Sciences in May 2008. Dr Li completed his undergraduate studies in Department of Chemistry at Jilin University with polymer chemistry major in 1980 and obtained his Master Degree under the supervision of Professor Jin Guan Tai at Beijing Institute of Chemical Technology in 1982. After working at the same institute for more than three years, Dr. Li went to The United States and obtained his Ph. D. degree under the supervision of Professor Steven Rokita in Department of Chemistry at State University of New York at Stony Brook in 1992. The focus of his graduate research work was on development of new type of antisense oligonucleotides. From 1992 to 1994, Dr. Li had been a postdoctoral research associate under the supervision of Professor K. C. Nicolaou at the Scripps Research Institute working on chemical evolution of life and characterization of the interaction between DNA and small molecules. He then took a faculty member in Department of Pharmacology at University of Pittsburgh in 1994 and worked on topoisomerase I inhibitors. After staying in Pittsburgh for a year and half, Dr. Li took an assistant professor position in Department of Chemistry at The Scripps Research Institute under Professor KC Nicolaou’s domain in January 1996. Starting from 1999, Dr. Li had worked as senior research fellow and professorial fellow in Hong Kong Polytechnic University for five years. Dr. Li then took an associate professor position offered by Department of Chemistry at National University of Singapore before joining Nanyang Technological University.

Dr Li's research interests are mainly on nucleic acid chemistry in areas like deoxyribozyme, G-quadruplex, i-motif, and supercoiled DNA. He has done significant research work in these areas and has published many journal papers. Recently, one of Dr Li's group discovery is also published on Chemical Biology on January 2008.

Generation of supercoiled structure of DNA in eukaryotic cells is associated with replication, transcription, and packing of DNA into chromatin while in prokaryotic cell, this superstructure can form with the assistance of gyrase and reverse gyrase. Typically, magnitude of superhelical density in both prokaryotic and eukaryotic cells is ca. -0.06 (6% underwinding). Our group is interested in designing and constructing negatively and positively supercoiled DNA that possess superhelical densities between -0.24 and +0.024 and in examining the physical, chemical and biological properties of these DNA topological isomers (Figure A).

Topoisomerases are the enzymes that release the topological stress of DNA generated by replication and transcription and several other cellular processes and are critical for cell growth and proliferation. It has been demonstrated in the past that human topoisomerase I is the molecular target of several anticancer agents such as the camptothecins, indolocarbazoles and indenoisoquinolines. Since 2005, our research group has been working on (1) design and synthesis of intrinsically curved oligonucleotides of different lengths that contain matched unnatural bases, nicked and gapped sites as well as mismatched base pairs; (2) examination of inhibitory effect of these curved oligonucleotides on the activity of human topoisomerase I and their interating mechanisms; and (3) design and synthesis of oligonucleotide-based human topoisomerase II inhibitors (Figure B).

3. Search for self-cleaving and self-splicing deoxyribosomes

It was uncovered in our lab in 2007 that certain artificially designed non-biologically relevant G-quadruplet could carry out site-specific self-cleavage action. Since then, our research team has been examining the G-quadruplex structures formed by some telometric repeats with the expectation that such G-quadruplexes could perform self-cleaving and self-splicing actions as well (Figure C).

G-quadruplexes have been demonstrated by several research groups in the past to be potential targets of anti-cancer drugs. Our research team is interested in developing new reagents that could cause irreversible damage to the tetraplex entity in selective manners.

Our emphasis in these research areas are on investigating the biological activity of polyphenol antioxidants isolated from plant-based food and their anti-aging activity.