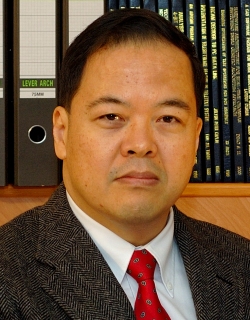 From 1992 to 1995, he was with Institute of Microelectronics (IME) as a Member of Technical Staff, working on digital video coding and the MPEG standards. From 1984 to 1992, he was working in IBM Corporation at Kingston, NY, and then Research Triangle Park, NC, U.S.A., engaging on various DSP and VLSI advanced product development. His research interests are in the areas of digital signal, image and video processing. Prof. Ma has produced more than one hundred publications in well-known international journals, conferences, and MPEG standardization meetings. He holds one USA patent on fast motion estimation algorithm.

He was serving as Singapore MPEG Chairman and Head of Delegation (1997-2001), and his research works on fast motion estimation have been adopted by MPEG-4 standard. He is elected as a Distinguished Lecturer in the IEEE Circuits and Systems Society for a two-year term (2008-2009). He has been serving as Technical Program Chairman or Committee Members in numerous international conferences in his area, including the most well-known flagship conferences, such as ICIP, ICASSP, ISCAS, and so on. Dr. Ma is currently serving as (Associate) Editor or Editorial Board Member of six international journals, including IEEE Transactions on Image Processing (2007~), IEEE Transactions on Communications (1997~), IEEE Transactions on Multimedia (2002~), etc. He is a Senior Member of the IEEE and member of Eta Kappa Nu.