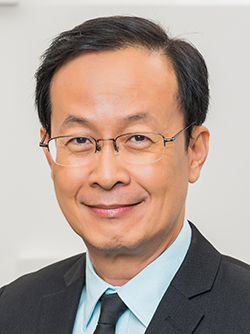 Dr Joo-Seng TAN is Associate Professor of Management at Nanyang Technological University’s Nanyang Business School in Singapore. He joined Nanyang Business School in 1994. He is one of the world’s leading practitioners on cultural intelligence as he was among the first to develop and conduct corporate training programs based on cultural intelligence. His expertise on cultural intelligence, cross-cultural leadership, cross-cultural communication and negotiation is sought after by leading global companies. He has been interviewed and profiled in leading business publications in the Asia-Pacific region. He is regularly invited to be a guest speaker by different organizations in North America and Asia. He has worked with Fortune 500 clients on diverse projects. He has been Program Chair for Cornell-Nanyang Institute of Hospitality Management’s annual HR Roundtable since its inauguration in 2006. He has won several teaching awards over the years including the Nanyang Fellows Teacher of the Year (2004), and Teacher of the Year for Nanyang Business School (2005). In 2006, he topped the teaching rankings as the best tutor in the College of Business. He was awarded Teacher of the Division again in 2007. He has authored and co-authored seven books and his research has been published by the world’s leading publishers. Two of his published working papers on SSRN have been listed as among the top 10 papers. He was a Visiting Research Scholar at Cornell University’s School of Hotel Administration in 2005. He is currently working on major research projects relating to cross-cultural leadership, cultural intelligence, and international human resource management.