Prof Christos Panagopoulos is currently in the School of Physical and Mathematical Sciences since 2008. He received his Bachelor’s of Science (Honours) degree in Physics from La Trobe University, Master’s of Science from Kyushu University and Ph.D. from the University of Cambridge. His research interests include phase control in smart materials operations, quantum magnetism and superconductivity, and electron motion through materials at their quantum limits. He has been the group leader of a European excellence team and has served as a visiting professor or scientist at a number of institutions, including the Chinese Academy of Sciences and the Universities of British Columbia, Tohoku and Kyoto. Author of more than 50 research papers published in refereed journals, Panagopoulos has delivered more than 100 invited lectures at international meetings and universities. Honours accorded Panagopoulos include the European Young Investigators Award, the European Excellence Grant and his election as Research Fellow of Trinity College, Cambridge and University Research Fellow of The Royal Society, UK. 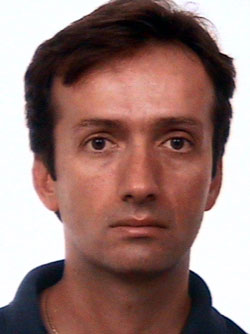 Driven primarily by innovations in materials science and engineering, his research focuses on condensed matter systems with spontaneous tendencies toward complex electronic pattern formation. The materials investigated in his laboratory include spin and charge memory devices, magneto-electrics and high-temperature superconductors. These are part of a larger class of prime examples of frontier technology for the 21st century, displaying novel behaviours that do not conform to the quantum theory of solids developed over the past 70 years. Panagopoulos develops an international coordinated effort on the science and applications of emergent complex phases in modern materials. Understanding and controlling these spontaneous tendencies will enable the design and development of highly sensitive micro- and nano-scale devices where we tune electronic matter to the widest possible range, starting from an insulator to a high temperature superconductor.