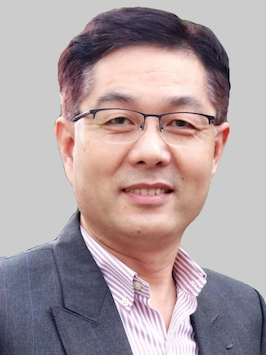 Prof Guan is a President's Chair Professor in Computer Science and Engineering at Nanyang Technological University (NTU), Singapore. He is the Director of the Artificial Intelligence Research Institute (AI.R) of NTU. He is the Co-Director, S-Lab for Advanced Intelligence (S-Lab), NTU. He is the Director of the Centre for Brain-Computing Research (CBCR). He is on the Steering Committee of Ageing Research Institute for Society and Education (ARISE), NTU. He is a member of the Management Committee of the Singapore Health Technologies Consortium (HealthTEC), Singapore. He serves on the Advisory Board of the Elite Master Program in Neuroengineering, TUM, Germany. He initiated and served as the Co-Director of the Rehabilitation Research Institute of Singapore (RRIS), 2015-2018. Prior to joining NTU in 2016, he was the founding Department Head of the Neural & Biomedical Technology Department and Principal Scientist II (RSE6) at the Institute for Infocomm Research (I2R), Agency for Science, Technology, and Research (A*SATR), Singapore.

His research interests are in the fields of Brain-Computer Interfaces (BCI), Machine Learning, Neural Signal & Image Processing, Data Analytics, and Artificial Intelligence. He published 7 book chapters, 380 refereed journal and conference papers, and holds 25 granted patents and patent applications. He licensed 15 patents/technologies to five companies in Singapore and USA. He delivered more than 70 keynote speeches and invited talks (including the keynote, Brain-Computer Interfaces for Stroke Rehabilitation, at the opening ceremony of the 7th International BCI Meeting, Asilomar, USA, May 2018). He is a recipient of the Annual BCI Research Award, the King Salman Award for Disability Research, the IES Prestigious Engineering Achievement Award, the Achiever of the Year (Research) Award, the Finalist of the President Technology Award, and the winner of BCI Competitions.

He has been an Associate Editor for IEEE Transactions on Biomedical Engineering, IEEE Transactions on Artificial Intelligence, Pattern Recognition, Neurocomputing, Brain-Computer Interfaces, Frontiers in Neuroscience, Frontiers in Human Neuroscience, A*STAR Research Publication, and Guest-Editor for IEEE Computational Intelligence Magazine. He is on the Advisory Board of IEEE Open Access Journal of Engineering in Medicine and Biology (OJEMB). He was on the IEEE Fellow Evaluation Committee for EMBS Society, 2018 & 2020. He was an APSIPA Distinguished Lecturer, 2017-2018. He served as the General Co-Chair for IEEE ICAA’2018, Conference Chair for the Internet of Things (IoT) Asia 2015, and General Chair for the IEEE HealthCom 2008. He was the President of the Pattern Recognition and Machine Intelligence Association (PREMIA), Singapore, 2008-2010.