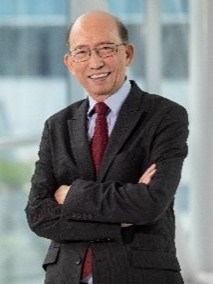 Professor James P. Tam is the Professor of the Herbalomics and Drug Discovery Laboratory and Lee Wee Nam Professor of School of Biological Sciences, Nanyang Technological University, Singapore since 2001. Since 2008, he is also the Director of Synzymes and Natural Products Center (SYNC).

Tam received his Ph.D. in Medicinal Chemistry from the University of Wisconsin, Madison, USA in 1976 and held appointments as Associate Professor at The Rockefeller University, USA (1982-1992), Professor at Vanderbilt University, USA (1992-2004) and The Scripps Research Institute, USA (2004-2008). Tam later moved on to Nanyang Technological University, Singapore where he held active appointments as Founding Dean and the Founding Director of Biological Research Center of the School of Biological Sciences (2001-2007). He also served as the Founding Director of the double-degree program in Biomedical Sciences and Chinese Medicine (2008-2012).

Tam’s research work focuses on the discovery, design and development of therapeutics, particularly orally active biologics, immunologics and anti-infectives. He is also actively involved in peptide and protein chemistry, selective chemoenzymatic ligation for peptides, proteins and dendrimers, synthesis and oxidative folding of cysteine-rich peptides where he has published more than 330 papers in these areas of research.

Tam received the Vincent du Vigneaud Award in 1986, the Rao Makineni Award by American Peptide Society (APS) in 2003, the Ralph F. Hirschmann Award by the American Chemical Society (ACS) in 2005, the Merrifield Award by American Peptide Society in 2013 and the Akabori Memorial Award by the Japanese Peptide Society (JPS) in 2016 for the outstanding contributions to peptide and protein sciences. The Merrifield, Hirschmann and Akabori Awards, administered by the APS, ACS and JPS respectively, recognize the highest achievements in the chemistry, biochemistry and biophysics of peptides at an international level. He was elected as Fellow of the Singapore National Academy of Science in 2018.

In addition to his scientific research, he has also been active in the peptide community. Besides serving on many editorial boards, he has organized international peptide and protein symposia and was a cofounder of the past ten International Chinese Peptide Symposia. He received the Cathay Award from the Chinese Peptide Society, China in 1996. He was also honored as Honorary Professor at Peking University and Peking Union Medical College. He was the founder of the Peptide and Protein Society of Singapore.

US 2020/0172893 A1: Asx-Specific Protein Ligase (2021)
Abstract: The present invention is directed to enzymes having Asx-specific ligase and cyclase activity and to nucleic acids encoding those as well as methods of the manufacture of said enzymes. Further encompassed are methods and uses of these enzymes.

US 2017/0044515 A1: Asx-Specific Protein Ligase (2020)
Abstract: The present invention is directed to enzymes having Asx-specific ligase and cyclase activity and to nucleic acids encoding those as well as methods of the manufacture of said enzymes. Further encompassed are methods and uses of these enzymes.