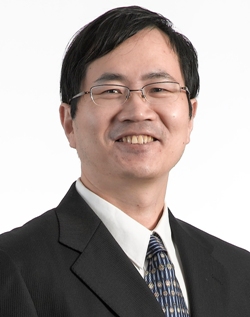 He is a Full Professor (with tenure) in the School of Electrical and Electronic Engineering, Nanyang Technological University, Singapore.

He is a member of Elsevier's Research Data Management Advisory Board. He is one of three Directors for Expert Committee of China Big Data Industry Ecological Alliance organized by China Ministry of Industry and Information Technology, and a member of International Robotic Expert Committee for China. He was a Nominee of 2016 Singapore President Science Award, was awarded Thomson Reuters’s 2014 “Highly Cited Researcher” (Engineering), Thomson Reuters’s 2015 “Highly Cited Researcher” (in two fields: Engineering and Computer Science), and listed in Thomson Reuters’s “2014 The World's Most Influential Scientific Minds” and “2015 The World's Most Influential Scientific Minds.” He received the best paper award from IEEE Transactions on Neural Networks and Learning Systems (2013). His two works on Extreme Learning Machines (ELM) have been listed by Google Scholar in 2017 as Top 2 and Top 7 respectively in its “Classic Papers: Articles That Have Stood The Test of Time” - Top 10 in Artificial Intelligence.

He serves as an Associate Editor of Neurocomputing, Cognitive Computation, Neural Networks, and IEEE Transactions on Cybernetics. He was invited to give keynotes on numerous international conferences.

One of his main works is to propose a new machine learning theory and learning techniques called Extreme Learning Machines (ELM), which fills the gap between traditional feedforward neural networks, support vector machines, clustering and feature learning techniques. ELM theories have recently been confirmed with biological learning evidence directly, and filled the gap between machine learning and biological learning. ELM theories have also addressed “Father of Computers” J. von Neumann’s concern on why “an imperfect neural network, containing many random connections, can be made to perform reliably those functions which might be represented by idealized wiring diagrams.”