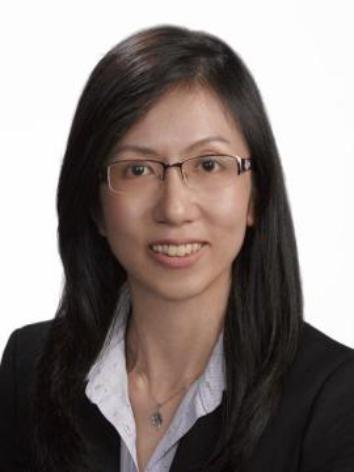 Dr Yinghui Li is a Nanyang Assistant Professor in the School of Biological Sciences (NTU) and a joint Principal Investigator in the Institute of Molecular and Cell Biology (A*STAR). She obtained her Bachelor’s degree in Life Sciences at the National University of Singapore and completed her doctoral research at Karolinska Institutet in 2013, in the laboratory of Professor Sven Pettersson, where she investigated the role of inflammation and host-gut microbiota interactions in intestinal tumorigenesis. She then conducted her postdoctoral training in Professor Vinay Tergaonkar’s laboratory at the Institute of Molecular and Cell Biology (IMCB), where she characterized the mechanisms of telomerase reactivation at mutant TERT promoters in human glioblastoma and melanoma. During her postdoctoral stint at IMCB, she discovered a novel mechanism of telomerase reactivation in cancers, which has huge clinical implications for cancer therapy and contributed to the institute’s efforts to develop new cancer-selective therapeutics. She was also awarded the Early Career Research grant by IMCB in 2014, to lead a team of international and local scientists in the research work which was published in Nature Cell Biology.

Dr Li is a recipient of the Agency for Science, Technology and Research (A*STAR) Graduate Scholarship (Overseas) and has co-authored 13 publications in journals such as Nature Cell Biology, Cell, Journal of Clinical Investigation and PNAS. During her postdoctoral career, she received the NMRC Young Individual Research Grant (YIRG) to pursue independent research in non-coding RNAs and cancer. She was awarded the National Research Foundation (NRF) fellowship in 2018 when she joined NTU.

My research interests focus on the molecular mechanisms underscoring the activation of cancer driver genes and the role of non-coding RNAs in the progression of human cancers. Recent advances in whole-genome sequencing have led to the identification of several somatic, non-coding mutations in a wide variety of human cancers. These mutations frequently occur in cis-regulatory regions i.e. non-coding, regulatory DNA including gene promoters, enhancers, silencers and insulators, which regulate the transcription of cancer-associated genes. Some of these mutations are recurrent in multiple cancer types and are associated with gene expression changes as well as clinical outcome of disease, thereby raising the possibility that they represent driver mutations in cancer. Besides cis-regulatory mutations, non-coding RNAs such as lncRNAs have been found to play significant roles in the transcriptional programs of cancer. One of their regulatory mechanisms involve the modulation of enhancer-promoter chromatin interactions to drive the expression of cancer driver genes during malignant development.

The main focus of my laboratory is to understand the role of inflammatory mediators such as NF-κB in activating transcriptional programs that are critical for the malignant transformation of cancer cells. We will use high-throughput methods such as ChIP sequencing and RNA sequencing that is complemented by genome-editing strategies as well as in vitro and in vivo functional assays, to uncover the underlying mechanisms and the impact of these factors in the transcriptional control of cancer development. These studies will lead to our eventual goal of identifying novel therapeutic targets and to develop new strategies for the selective disruption of cancer-specific transcriptional programs.