Dr Rajendran obtained his M.Eng. and Ph.D. degrees in Mechanical Engineering from the Indian Institute of Science (IISc), Bangalore. Prior to his doctoral research at IISc, he had worked as R&D Engineer for about 5 years in two leading automobile companies of India. After his doctoral research, he worked as a Postdoctoral Research Associate at the University of Hong Kong for a year and as a Fellow/Senior Scientist (E1) at the National Aerospace Laboratories, Bangalore, for about 3 years. In Singapore, he has worked as a Senior Engineer at the Productivity and Standards Board for about 2 years, and as a Research Fellow at the Institute of High Performance Computing (IHPC) for about 2 years, before joining NTU in 2001.

Dr Rajendran’s primary research is in the area of computational mechanics. He has published about 50 research papers in reputed international journals and presented over 20 papers in conferences, workshops and symposiums. He has guided 4 PhD students to graduation. His research group at NTU has pioneered a family of mesh-distortion tolerant finite elements known as “unsymmetric finite elements” that have demonstrated the best possible immunity to mesh distortion effects. His group has also pioneered a novel numerical method known as “FE-meshfree method” that combines the merits of finite element and meshless methods. 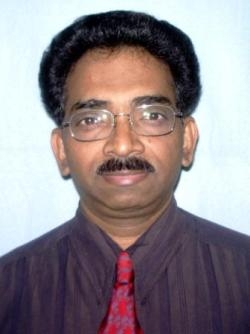