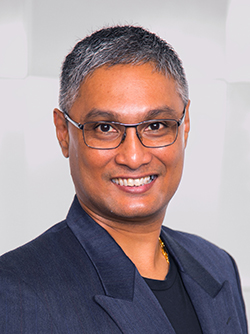 Don is a Senior Lecturer in SMO. He lectures on Organizational Behavior and Strategic Human Resource Management at the Undergraduate level and Leadership Development and Team Development at the Post-Graduate level. His Student Teaching Feedback score over the last 3 Academic years ranged from 4.81 to 4.97 out of a possible 5. He was was awarded the Teaching Excellence Award for his Div in 2015 and is currently one of the nominees for the 2015 Nanyang Business School Teacher of the Year Award.

Prior to this, Don worked as a Consultant Military Psychologist with the Ministry of Defence, and has 20 years of experience as a consultant, trainer and researcher. His clients include both the top and middle echelon leaderships of the SAF and HR Departments of the Civil Service, where he provided consultancy and training at the individual, team and organizational levels. He is an experienced and skilled trainer with over 100 workshops under his belt.

His research interests include Teams and Leader Development and Assessment. Since 2000, Don has designed and conducted Team Building and Leadership Development programs for teams across the SAF. These include teams in garrison duty as well as for teams being deployed for operations. Don also has vast experience in the area of Resilience, where he has designed and conducted programs aimed at developing both team and individual resilience, particularly for units being deployed for operations, including deployment to Afghanistan. He has been deployed for various operations himself, including the Boxing Day Tsunami of 2004, where he was the lead Psychologist for the forces deployed at Meulaboh.

He has also administered Psychological Testing and Leader Selection Services for various clients including IPOS, NEA, URA, MINDEF, AVA, NParks, NCSS and the Academy of Principals. He has also been involved in the designed and the conduct of Assessment Centres (AC) For NEA/PUB and the People’s Association. He also has been involved in an Organisational Development effort with a major government hospital in Singapore.

Don also regularly conducts lectures on Leadership and Team Development for Senior Officers at the prestigious Goh Keng Swee Command and Staff College. He has also provided voluntary consultation work with grassroots members and activists from the Marine Parade GRC.

Besides Training, he has also provided consultancy in other areas of Organizational Development, including Change Management, Engagement, Organizational Commitment, Job Satisfaction, Work Life Balance and Resilience. He has also designed and implemented 360 Degree Feedback Systems and is well versed in other forms of organizational diagnosis and interventions.

Don is a qualified Critical Incident Stress Management (CISM) De-briefer. He received his basic and advance training from experts in the field from the US in 2000 and has over 10 years of experience in this area. He was affiliated to the International Critical Incident Stress Foundation, a non-profit organization that is dedicated to the prevention and mitigation of disabling stress through the provision of Education, Training and Support. He has led and supervised teams in various incidences, both locally and overseas.

Don is proficient in both qualitative and quantitative methods of data collection and analysis. He has completed the British Psychological Society Certificate of Competence in Occupational Testing Levels A & B (Intermediate) and is accredited in various psychometric assessment instruments, including the Myer Briggs Type Indicator, the 16 Personality Factors Questionnaire and Hogan’s Personality Inventory, amongst others.