Jun Luo received his B.S. and M.S. degrees both in electrical engineering from Tsinghua University, Beijing, PRC, in 1997 and 2000, respectively, and his PhD degree in computer science from EPFL (Swiss Federal Institute of Technology in Lausanne), Lausanne, Switzerland, in 2006. From 2006 to 2008, he has worked as a post-doctoral research fellow in the Department of Electrical and Computer Engineering, University of Waterloo, Waterloo, Canada. Since December 2008, he joined the faculty of the School of Computer Engineering, Nanyang Technological University in Singapore, where he is currently an Assistant Professor. He is a member of ACM and IEEE. 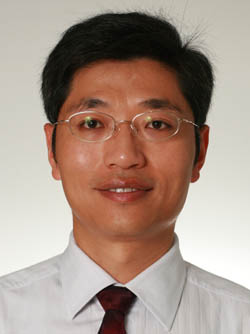