Asst Prof John Heng is currently in the School of MAE since 1999. He received his Bachelor degree in Mechanical Engineeing from Glasgow Univsity (1990), Master and Ph.D. degrees from the Strathclyde Unversity (1991, 1995) respectively. His research interests include accelerated rehabiliation using SEMG actuated orthosis, multi level haptic interface. His other area of interest include Mechatronics System design, Walking machines and Autonomous Vehicles. He has over 30 journal and conference publications in these research fields. He is a committee member of the Singapore IMechE Branch and is Vice President of the S'pore Robotics Games Society. He has served in organising and as a reviewer at several international conferences. The most recent being MSC 2007, SMC 2008 and AIM 2009.

More biography information can be found at http://www3.ntu.edu.sg/home/mkhheng/bio.htm 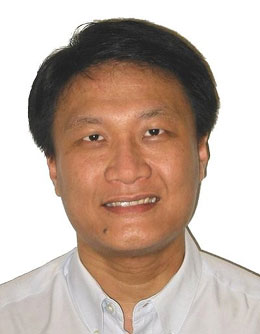