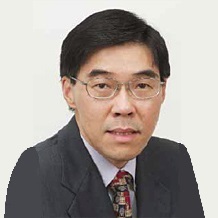 Biography
A/P Edmond Lo obtained his Ph.D. degree in Civil Engineering (Hydrodynamics) from the Massachusetts Institute of Technology in 1985, and his Master of Science and Bachelor of Science degrees in Mechanical Engineering from the California Institute of Technology in 1980. He joined NTU in 1996 where he was Head of the Division of Environmental and Water Resources Engineering (2005-08) and Chair of the School of Civil and Environmental Engineering (2008-2011). He was also Assistant, then Co-Director of the Singapore-Stanford Partnerhsip Program (2003-2012).

A/P Lo’s current research programs are aimed at understanding urban water flows including tropical reservoirs flows with implications on eutrophication, and urban flooding potential. His recent research projects included being (co-)principal investigator on a water management system for Marina Bay, a flood risk simulation model for Jakarta, Indonesia, and studies on flood risk for S.E. Asian cities with a particular view of how flood resiliency evolves as cities develop under the influence of growing urbanization and climate change. For the latter, he is also co-leading ICRM’s efforts in the CREATE Future Resilient Systems program, a multi-university effort led by ETH Zurich. He is also co-PI in ICRM’s flagship Natural Catastrophe and Data Analysis Exchange project wherein high resolution satellite imaging is being applied to develop building exposure models for risk assessment in major Southeast Asian cities.