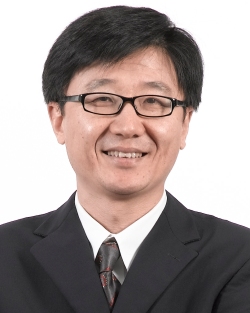 Dr. Wang Hong is currently an Associate Professor in School of Electrical and Electronic Engineering, Nanyang Technological University. He is also the Director of Nanyang NanoFabrication Centre (N2FC) and Deputy Director of Silicon Technologies - Centre of Excellence (Si-COE).

Dr. Wang received the B.Eng. degree from Zhejiang University, Hangzhou, Zhejiang, China, in 1988, and the M.Eng. and Ph.D. degrees from the Nanyang Technological University (NTU), Singapore, in 1998 and 2001, respectively. Before he joints NTU in 1996, he was with the Institute of Semiconductors, Chinese Academy of Sciences from 1988 to 1994, where he developed InP-based opto-electronic integrated circuits (OEICs). From 1994 to 1995, he was a Royal Research Fellow with British Telecommunications Laboratories, Ipswich, U.K., where he was involved with the development of InP-based heterostructure field-effect transistors (HFETs) using E-beam lithography. In 2000, Dr. Wang demonstrated the world first InP-based metamorphic heterojunction bipolar transistor (MHBT).

Dr. Wang was a recipient of the Royal Research Fellowship, U.K. (1994-1995) and corecipient of the 2007 Defence Technology Prize, Singapore for his outstanding contributions to the development of MMICs. He served as a Deputy General Chair of IEEE International Nanoelectronics Conference (INEC) 2013, session chair, and committee member for 2009 and 2010 IEEE International Electron Devices Meeting (IEDM). He has authored or coauthored over 260 technical papers and 2 book chapters, and filed 2 patents. His current research interests include III-V and Si Photonics, III-V devices and technology, micro- and nano-fabrication, RF Si MOS devices and technologies and RF MEMS.