Peter Török has graduated with an MSc in Electrical Engineering (Microelectronics) from the Technical University of Budapest, Hungary in 1989. Subsequently, in 1994 he completed his DPhil in Physical Sciences at the University of Oxford. After a couple of Postdoctoral stints at the Universities of Cambridge and Oxford, in 2002 he was appointed Lecturer in Photonics at Imperial College London where he was promoted Reader in Photonics and Professor of Optical Physics in 2005 and 2009, respectively. Peter moved to NTU in 2018 where he has joint appointments with the Division of Physics and Applied Physics, School of Physical and Mathematical Sciences (50%), Lee Kong Chian School of Medicine (25%) and the Singapore Centre for Environmental Life Sciences Engineering (SCELSE - 25%). At SCELSE Peter is Director of Imaging. Peter is also founding Director of NOBIC (NTU Optical Biomaging Centre). From October 2021 Peter will serve as Deputy Institute Director of the newly formed Research Centre of Excellence called Institute for Digital Molecular Analytics and Science (IDMxS).

Peter has rich experience in designing and building precision optical system also including instruments that have been commercially sold to word leading companies. He spent most of his working life in optical and confocal microscopy, polarised light imaging, optical data storage, electromagnetic imaging theory, compressive imaging, information theoretic aspects of imaging and spectroscopic imaging, including Raman and Brillouin modalities.

During his academic carrier Prof Török taught Vector Calculus, Imaging, Electromagnetism, Electricity and Magnetism and Optical Design Theory both at under- and postgraduate level. His efforts were acknowledged by a number of teaching awards, including the Rector's Award for Innovation in Teaching at Imperial College.

Prof Török is a Fellow of the European Optical Society, member of the Board of Editors of Contemporary Physics, was the recipient of the Carl Zeiss Professorship as well as a number of additional visiting professorships at the University of Valencia, Academia Sinica, and the National University of Singapore. 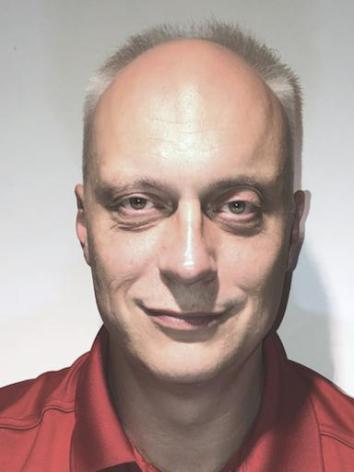 My research interests span through the entire range of classical optics, including optical design, electromagnetic imaging theory, polarisation, confocal microscopy, compressive/single pixel imaging, Brillouin and Raman spectroscopy and microscopy, reconfigurable optics and various metrology applications. Since its inception in 2018 my research group at NTU mostly concentrates on highly interdisciplinary applications of optics working in collaboration with colleagues in life- and biomedical sciences.