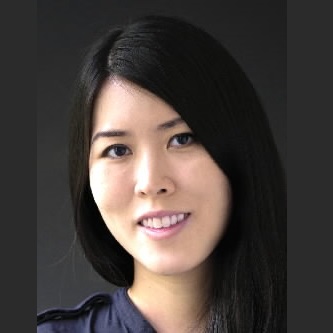 Nicole Midori Woodford is a Singaporean film director, writer and editor. She is an alumna of Berlinale Talents, Asian Film Academy, Torino Film Lab and Talents Tokyo. Her short film, Permanent Resident, was selected in many festivals including Clermont-Ferrand International Short Film Festival and Busan International Film Festival. It investigates the paradoxes of Singaporean modern identity through a middle-aged woman and a manmade monolith. Her latest short film, Tenebrae, was produced in 2018 by Astro Malaysia with Fran Borgia as part of an omnibus featuring upcoming Southeast Asian directors. Inspired by the decline of Singapore's architectural monoliths, her film was shot in Pearl Bank Apartments just before its demolishment. The short film explores the volatility of a cityscape subject to relentless redevelopment.

Nicole is one of the film directors in Zhao Wei Films, the production company by Eric Khoo. She was commissioned by Singapore Shorts Council in 2015 to direct the short film Ordinary for the 28th SEA Games which chronicled the rise of Singapore’s national icon Fandi Ahmad. Nicole will be writing and directing the Singaporean episode for HBO Asia’s FOLKLORE 2, sequel to the critically acclaimed series created by Eric Khoo.
Nicole is also part of an initiative, 15 SHORTS, spearheaded by Blue3asia and National Volunteer and Philanthropy Centre to show a lesser-told side of Singapore after researching and interviewing Tommy Yu. In her film Waiting Room, she delves into the lives of volunteers who care for the elderly living and dying alone.

Her debut feature film project, You Are There, was selected in the inaugural edition of SEAFIC lab, as well as Southeast Asian Lab at SGIFF and Talents Tokyo. Her project was awarded the Open SEA Fund award and SEAFIC-TFL award. You Are There was also selected at the FeatureLab program at Torino Film Lab in 2018 and awarded the Co-Production award. Nicole’s feature film explores the cyclical nature of traumas through the impacted land and its residents that transcends boundaries and borders.

Nicole’s works gravitates towards the bonds between strangers and surrogate families. With a recurrent focus on the female protagonist, Nicole’s works portrays their struggles and traumas. Nicole has been selected to be part of SGIFF New Waves in 2019, showcasing upcoming Southeast Asian filmmakers.

Nicole was the FYP supervisor who mentored the students for two FYP thesis films, Adam, which premiered in Cinefondation at Cannes Film Festival in 2019 and Paper Roof which premiered at Tribeca Film Festival in 2018. In 2019, she was awarded the inaugural Youth Inspiration Award by SCAPE and SGIFF for National Youth Film Awards 2019. She was also honoured as the mentor of her student, Shoki Lin who nominated her for the joint Koh Boon Hwee Scholars Award in NTU. Both awards highlight the significant role and commitment that Nicole plays in mentoring Singapore’s next generation of filmmakers.

Nicole is currently in preproduction for her debut feature film You Are There, slated for principal photography in Japan and Singapore.

Nicole’s works and research seek to explore the myriad parallels between people in Asia and Southeast Asia using cinema as well as the space between the mundane and the profane.

As a filmmaker, she manipulates the day to day gestures of characters within her films and ritualises them while juxtaposing them alongside the uncanny. Her perspective focuses on the female psyche and how trauma is translated to the cinematic form featuring female protagonists. Nicole is also interested in traits of the horror genre to translate the psychological journeys of her characters.

In her feature film project, cyclical nature of trauma simultaneously transforms into a discourse and catharsis for characters based on accounts of surviving victims of the Great Tohoku disaster in 2011.