Professor Chen joined NTU as an Associate Professor in 2002. He was promoted to tenured Full Professor in 2011. At the University level, Professor Chen is the Director of the Food Science & Technology Programme (NTU FST) in collaboration with Wageningen University & Research (WUR) from the Netherlands since 2014. Under his leadership, the NTU-WUR collaboration has now expanded from a Joint 2nd Major in FST to a Joint PhD programme. In 2018, a new MoU has been signed between NTU and WUR during President Halimah's State Visit to the Netherlands.

Professor Chen has shown outstanding dedication towards training university students at all levels. Thirty-one PhD, 18 MSc, and numerous undergraduate students have graduated from his NTU lab . Professor Chen was honoured at the 2010 NTU convocation with the “Inspirational Mentorship”, in recognition of his effort in guiding UG student to receive both Lee Kuan Yew Gold Medal and Koh Boon Hwee Scholar’s Awards. In 2013, his Science Research Programme student from Raffles Institution won an individual Gold Medal at the prestigious Singapore Science & Engineering Fair (SEEF). In 2019, Prof. Chen was awarded the Outstanding Mentor Award by Ministry of Education, for guiding four teams from Raffles Institution in Science Mentorship Programme under MOE's Gifted Education Programme.

Professor Chen’s research is highly inter-disciplinary with a strong focus on platform development for food tech innovations, which have resulted in his active joint R&D with food industry, government agencies and non-governmental organizations. In 2019, Singapore Minister of Education Mr. Ong Ye Kung opened the F&N-NTU F&B Innovation Lab, the first external lab in the company's 135 years of history. In 2020, his food tech commercialization project with a local start-up Alterpacks has been shortlisted as one of the 7 finalists in Temasek Foundation's Liveability Challenge, with selection based on more than 400 applications from over 60 countries.

Prof. Chen's research in zero food waste processing and Circular Food Economy was covered by Channel News Asia, reported in The Straits Times and Lianhe Zaobao on several occasions, in an Exclusive report in The Business Times, and in the investment weekly The Edge Singapore. His tech innovations and his views on Food Security have been featured in international media including Asahi Shimbun, AFP, BBC, Bloomberg News, CNBC, CNN, Los Angeles Times, and The Wall Street Journal. The ‘Going Green’ programme by CNN (Dec 2019) described Prof. Chen as a Game-Changing Leader in the green revolution of the food system.

Professor Chen is active as PI and Co-PI of competitive external research grants from major government funding agencies as well as leading international food industries, totaling more than S$45 million. He has published extensively (with more than 200 papers) in peer-reviewed international journals. Findings from his food research have been published in Trends in Food Science & Technology, Comprehensive Reviews in Food Science & Food Safety, Food Chemistry, Journal of Functional Foods, Journal of Agricultural and Food Chemistry, among others.

Prof. Chen has been appointed by NTU as the Michael Fam Chair Professor in Food Science & Technology, to the Advisory Committee of the Singapore Food Agency, to Singapore Food Standards Committee, to the Expert Advisory Panel of FoodInnovate Asia, to the Scientific Advisory Board of IFWRC with Waters Corporation, and to The Good Food Institute.

In addition to teaching and research, Professor Chen has made dedicated service contributions to School of Chemical and Biomedical Engineering, NTU and Singapore society at large. 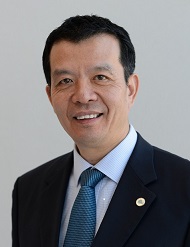