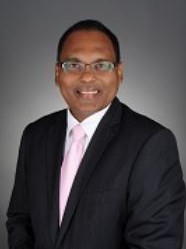 He received his Masters from the University of Notre Dame in the US where he was Hesburgh Scholar and his doctorate from the University of St Andrews in the UK where he was British Chevening Scholar. A former Senior Fellow at the Combating Terrorism Centre at the United States Military Academy at West Point and at the Fletcher School of Law and Diplomacy, Gunaratna was invited to testify on the structure of al Qaeda before the 9/11 Commission.