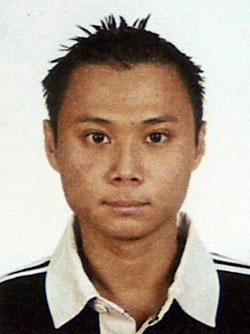 Ong Wei Chong is an Assistant Professor and Head of the National Security Studies Programme (NSSP), in the S. Rajaratnam School of International Studies (RSIS), Nanyang Technological University, Singapore. He is also adjunct faculty in the Military Studies Programme at the school’s constituent unit, the Institute of Defence and Strategic Studies (IDSS). He has taught at the command and staff college, advanced school and officer cadet school levels at SAFTI Military Institute, Singapore. He was also coordinator of the Asia Pacific Programme for Senior Military Officers (APPSMO). In national service, Weichong is a Functional Specialist Support Staff Officer (Army) with the Singapore Armed Forces. In addition, he was an Affiliated Researcher with the Department of Leadership and Management, Swedish National Defence College and a Guest Professor at the Ecole Navale, France.

Weichong completed his doctoral studies with the Centre for the Study of War, State and Society, University of Exeter, UK in 2010 where he was a recipient of research grants from the University of Exeter and the Royal Historical Society. His other grants include a 3-year (2017-2020) Ministry of Education Academic Research Grant (AcRF) Tier 1 grant for a research project on Cold War Insurgency. He is also an alumnus of the Phillip Merrill Center for Strategic Studies Basin Harbor Workshop, SAIS, Johns Hopkins (2013).