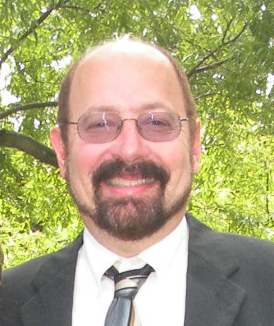 Professor George J. Augustine is a Professor in Lee Kong Chian School of Medicine, Nanyang Technological University. He founded the Center for Functional Connectomics at KIST (Seoul, Korea), where he currently serves as Director. He also is a member of the Programme in Neuroscience and Behavioral Disorders at the Duke-NUS Graduate Medical School and is a former member of the Department of Neurobiology at the Duke Medical School in the USA, where he was the G.B. Geller Professor of Neurobiology.

Prof Augustine is well-known for his studies of brain synaptic mechanisms. His lab has shown that neurotransmitter release is triggered by a remarkably local calcium signal; have identified the roles of many proteins involved in neurotransmitter release; and have identified the role of calcium ions and other chemical signals in transducing brief neuronal activity into long-lasting change in brain function. His group also has developed novel optogenetic technologies and is applying these to study brain circuit function.

He has published more than 200 articles and has served on the editorial boards of numerous scientific journals, including Neuron, the Journal of Neuroscience, the Journal of Physiology, Frontiers in Neural Circuits, as well as serving as the founding editor of Brain Cell Biology. He also is well-known as a co-author of the highly popular Neuroscience textbook (Sinauer Associates).

Molecular basis of neurotransmitter release from neurons
The rapid secretion of chemical signals (neurotransmitters) serves as the basis for communication between neurons. For many years, their lab has identified the proteins involved exocytosis and endocytosis within presynaptic terminals. Their current research focuses on the functions of synapsins, a family of proteins whose functions include cross-linking vesicles into a “reserve pool”. The questions they are pursuing include: (1) Why are there so many different synapsin isoforms? and (2) What unique functions do these isoforms serve at different types of synapses?

Optogenetic mapping of brain circuitry
Synaptic circuits between neurons form the “wiring” that allows the brain to process information. Optogenetics has revolutionised the ability to elucidate the function of these circuits: with light-activated ion channels, such as channelrhodopsins, we can photostimulate genetically-defined populations of neurons. Likewise, genetically-encoded fluorescent sensors, such as SuperClomeleon, allow Prof Augustine and his team to detect the resulting responses in postsynaptic neurons. Together, these optogenetic technologies create tremendous opportunities for understanding how the brain works and for determining how brain circuitry goes awry during various neurological and psychiatric diseases. The questions they are addressing are: (1) What is the function of a specific brain circuit? and (2) What is the spatial organisation of this circuit? With this approach, they are focusing on circuits in two brain areas: the cerebellum and the claustrum.

In the cerebellum, a part of the brain involved in motor coordination and other functions, they have mapped the functional organization of most local circuits, as well as projections from cerebellar cortex to other brain areas. Among their achievements is the discovery of an entirely new type of cerebellar interneuron. Prof Augustine laboratory’s next goal is to determine the role that these neurons, and their circuits, play in cerebellar information processing.

The claustrum is a mysterious part of the brain that has been proposed to mediate higher-order functions such as consciousness. To understand the function of the claustrum, Prof Augustine laboratory’s is employing a “bottom up” approach. To date, they have classified the intrinsic electrical properties of all neurons found within the claustrum and have mapped out most of the local synaptic circuits formed by these neurons. Armed with this knowledge, their next goal is to examine the role of the claustrum in behaviours.