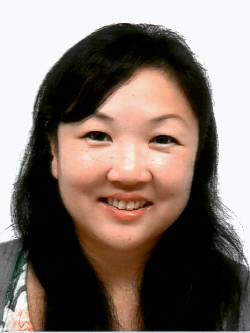 Jessica Tan is a lecturer at the Wee Kim Wee School of Communication and Information, where she teaches business journalism and online magazine. She also teaches News Media Lab, an interdisciplinary class that explores newsroom and media innovation. In this course, student developers, designers and journalists across various schools in the university work together to co-create digital news media tools for industry partners.

A seasoned journalist with 15 years of industry experience, she has worked for The Straits Times, Channel i News, Dow Jones Newswires and Forbes Asia. She has been contributing to Forbes Asia since 2006. Over her journalism career, she has interviewed and profiled people from all walks of life – from billionaire tycoons, celebrities to the man on the street. She loves finding stories on the ground and telling them in a features format.

Some memorable assignments to date: Spending a day with Warren Buffett in Omaha, Nebraska in 2001; covering the SARs outbreak in 2003; traveling to Zhuo Zhou, a small city in Northern China's Hebei province, in 2007 to dissect Nokia's strategy in penetrating rural markets in China; swimming with whale sharks in Western Australia in 2008; & spending time with explorer Mike Horn and his team as they sailed through the Great Barrier Reef on the Pangaea expedition in 2009.

Jessica also writes fiction. Her short story, The Gift, won an Honourable Mention at the national Golden Point Award in 2013. She’s currently working on her first novel with the support of the National Arts Council through its Arts Creation Grant.

She earned her post-graduate degree in journalism at the Medill School of Journalism, Northwestern University in 2002. She also holds a BA (History) degree from the National University of Singapore (1999).